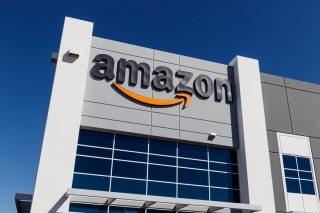 Amazon.com Inc. could be facing its first unionization battle in Canada after a Teamsters local filed for a union vote for workers at the e-commerce giant’s fulfilment centre near Edmonton. If the Alberta Labour Relations Board verifies application, all workers at the YEG 1 fulfilment centre in Nisku, Alberta, who were employed as of September 13 will be able to vote on joining the union. In order to have a union vote filing approved in Alberta, the union must demonstrate 40 per cent of workers at a given job site have signed a petition for union representation. (Financial Post)

“Given Amazon’s extensively documented workplace abuses, it makes sense that Amazon workers are pushing back. Meanwhile, unions correctly see Amazon as an existential threat, and are trying to rise to the challenge. The organizing campaign at the Nisku warehouse outside Edmonton would represent a breakthrough for unions in North America, which could spur more organizing. It also will provide a test of how much labour laws matter for organizing anti-union companies like Amazon. Labour law in Alberta protects workers’ right to unionize much more than laws in the U.S., where employers are free to engage in scorched earth campaigns to block workers from unionizing. Winning the Nisku union election will still be challenging, but the rules will likely prevent Amazon from engaging in the type of behaviour we saw in Alabama earlier this year.”