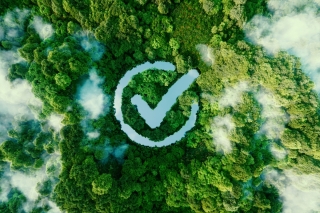 The Nature Positive Universities Alliance is a joint initiative of the United Nations Environment Programme (UNEP) and Oxford University as part of the UN Decade on Ecosystem Restoration. The universities that sign the Nature Positive Pledge recognize that institutions of higher education and research have a vital role to play in the fight to halt biodiversity loss and restore ecosystems. By joining the movement, Quebec universities are acknowledging their responsibility to address the biodiversity crisis and are committing to be part of the solution.

Universities that take the Pledge undertake to conduct a baseline assessment of their biodiversity footprint, set attainable and quantifiable targets, develop an action plan and use their influence to achieve the targets, and report annually on their progress.

Biodiversity loss and climate change are intertwined. The ranges of many species can be expected to change considerably in the coming years. As Quebec’s universities are located at the northern limit of many plant and animal species of the Americas, they have an important role to play in the conservation of natural habitats and habitat connectivity, and in supporting the adaptation of biodiversity to new conditions.

The Quebec universities that are committing to the Nature Positive movement intend to do their part for biodiversity by pooling their knowledge for the greater good and working together to achieve the UN’s Sustainable Development Goals for 2030.

The role of universities in biodiversity

The research and student communities are participating in COP15, which is currently being held in Montreal. On the sidelines of COP15, a conference on the role of universities in preserving biodiversity will be held in Montreal on December 13-14. It will include two panels from Quebec universities: the first will discuss how universities are managing the development and operations of their campuses with a view to conserving and enhancing biodiversity, and the second will focus on research and education with a discussion of how the panelists’ research contributes to the study, conservation, and enhancement of biodiversity.