In a study published recently in Proceedings of the National Academy of Sciences, McGill University researcher Jaswinder Singh and co-authors describe a new protein that could greatly improve brewing. 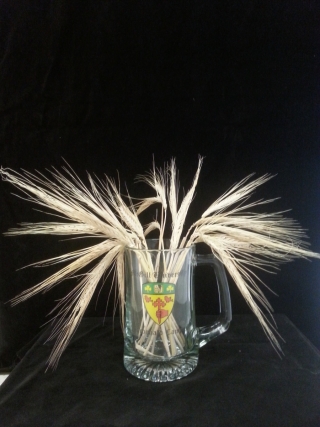 Canada’s extensive malting and brewing industry could get a further boost from new insight into the science of malting.

In a study published recently in Proceedings of the National Academy of Sciences,  McGill University researcher Jaswinder Singh and co-authors describe a new protein, TLP8 (Thaumatin—Like Protein), which manages the amount of β-glucan in barley grains, best known as the vital ingredient of beer. “We found that during grain germination, TLP8 binds to β-glucan and significantly lowers its amount in the barley malt,” says Prof. Singh, of McGill’s Department of Plant Science.

Many brewers know that too much β-glucan, a dietary fibre and key sugar found in barley, can complicate beer brewing and ruin the barrel.

During malting and germination, physiological modifications occur inside barley grains that lead to starch, protein and cell wall sugars such as β-glucan being cut up into smaller pieces, a process known as hydrolysis. If not properly hydrolyzed, β-glucan produces a highly viscous wort, which leads to a slower filtration and haze formation during brewing.

With the right conditions, professor Singh believes that higher concentrations of TLP8 could lower β-glucan levels and improve the brewing process and beer quality.

Over 65 percent of all Canadian malt is exported to more than 20 countries around the world, making Canada the world’s second-largest malt exporter.

“Our findings advance the understanding of the malting process and may provide gains for brewers,” Singh says.

The study, “Redox-dependent interaction between thaumatin-like protein and β-glucan influences malting quality of barley” by Surinder Singh, Rajiv K. Tripathi, Peggy G. Lemaux, Bob B. Buchanan and Jaswinder Singh was just published in the journal “Proceedings of the National Academy of Science". (doi/10.1073/pnas.1701824114)
The research was funded by NSERC and BMBRI (Brewing and Malting Barleay Research Institute)