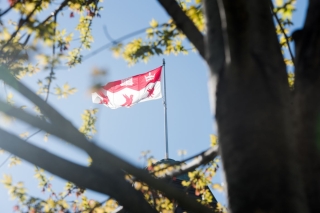 CFI’s JELF was created to help institutions recruit and retain outstanding researchers and to support them to build or acquire the necessary tools or infrastructure to lead cutting-edge research programs. This enables McGill to remain internationally competitive in areas of research and technology development that align with the university’s strategic priorities.

“Each of the fifteen projects funded today are excellent examples of how strategic investment in university infrastructure and cutting-edge instruments benefit the public,” said Martha Crago, Vice-Principal, Research, and Innovation. “The Canada Foundation for Innovation together with the Government of Quebec has ensured McGill’s researchers have what they need to push the frontiers of knowledge and address global challenges, such as those posed by complex and chronic diseases.”