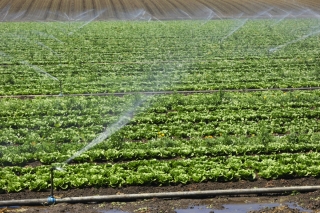 To ensure that California’s groundwater is sustainably managed in the future and over the long-term, current state definitions of what constitutes groundwater may need to be revised, according to research published this week in PNAS. A McGill University-led research team has analyzed big data of more than 200,000 groundwater samples taken from across the state and found that there are problems with the guidelines used for groundwater management. Known as the ‘Base of Fresh Water’, the guidelines are close to fifty years old and don’t reflect current uses, knowledge, concerns or technologies related to managing groundwater in this coastal state with a multi-billion-dollar agricultural industry.

The research shows that existing groundwater wells already penetrate and encroach upon the bases of fresh water that are used to define basin bottoms. In addition, brackish waters exist within current groundwater basins, and fresh water exists outside delineated groundwater basins. Brackish water, which was once deemed unusable, can now be used, thanks to technological advances. Finally, there are concerns about regulating groundwater on the basis of its quality rather than its usage, as is currently the case, since this provides a loophole for potential groundwater users who could drill deeper and skirt existing restrictions on freshwater pumping.

Together, these findings suggest that groundwater may already be poorly safeguarded in some places and that the ‘Base of Fresh Water’ concept may need to be reconsidered as a means to define and sustainably manage groundwater in future.

Need for up-to-date information to manage a critical resource

“It is challenging for groundwater sustainability agencies to manage groundwater because this critical resource is not being sufficiently monitored,” says Mary Kang, an Assistant Professor in McGill University’s Department of Civil Engineering and the lead author on the study. An expert on groundwater issues, she has studied the topic in California since 2014. “The base of fresh water was historically set to protect high quality groundwater from oil and gas development. And we find that there is a mismatch between this base of fresh water and what the water quality data shows.”

In 2014, in response to repeated droughts, the state passed the Sustainable Groundwater Management Act (SGMA) to regulate groundwater for the first time in California’s history. However, the effectiveness of this legislation is yet to be determined, as it relies upon administrative definitions of groundwater that are based on the extent of fresh water to define a vertical or three-dimensional groundwater basin for managing water.

“The Sustainable Groundwater Management Act currently only applies to fresh groundwater basins since administrative definitions of groundwater originated decades ago when it was economically infeasible to treat and distribute ‘unusable’ brackish or saline groundwater,” says co-author Melissa Rohde, a scientist with The Nature Conservancy of California. Rohde is currently providing scientific support to advance the successful implementation of SGMA. “With technological advances, brackish water is now usable and increasingly desirable with declining access to fresh water. By excluding brackish groundwater from sustainable groundwater management, we run the risk of undermining SGMA and overexploiting this important public resource.”

The study was supported by a NSERC Discovery Grant awarded to Professor Kang and McGill University.

To read "Base of fresh water, groundwater salinity and well distribution across California," by Mary Kang et al in PNAS

About the University of California, Santa Barbara

About The Nature Conservancy