Are scientists studying the wrong kind of mice? 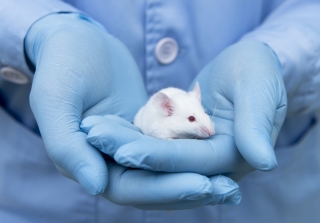 Mice represent well over half of the non-human subjects of biomedical research, and the vast majority of those mice are inbred. Formed by generation after generation of mating between brothers and sisters, inbred mice are genetically identical to each other, like twins or clones. Inbreeding is well known to reduce health and vigor across species; this biological fact is the reason that incest is a universal taboo. Although inbred mice have specific and important uses in genetics and immunology, the main reason they are preferred over more robust “outbred” mice is precisely because they don’t differ genetically. A general assumption shared among scientists is that data collected using inbred mice will feature less variability, leading to faster, cheaper, and more powerful experiments.

A new study published November 30 in Nature Methods shows that this assumption is false. Researchers at McGill University analyzed previously published scientific papers from across the biomedical literature that used both inbred and outbred mice in the same experiments. After comparing the variability among individual inbred and outbred mice, the team failed to find any differences across a wide range of physical and behavioral traits.

The team was also able to directly test their hypothesis through collaboration with members of The Jackson Laboratory in Bar Harbor, Maine, using new, high-diversity outbred populations of mice. Lead author Alexander Tuttle, of the University of North Carolina Neuroscience Centre at Chapel Hill, Chapel Hill was very surprised by these results: “This is a perfect example of a reasonable scientific expectation that turns out to be incorrect. Although inbred mice are less genetically variable than outbreds, they demonstrate the same amount of variability in almost any observable measure.

Based on our findings, I suspect that mouse researchers will increasingly use outbred animals.” Senior author Jeffrey Mogil added, “We’ve known for a long time that inbred mice are small and breed terribly, and strongly suspected that this means they’re not really ‘normal’, but we’ve always thought we were making a fair trade-off, getting ‘tighter’ data. If that’s not true, then there’s really no contest. Outbred mice are more robust. Why wouldn’t you use them?”