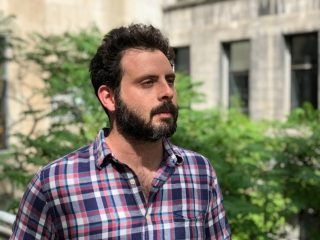 In the first comprehensive analysis of Airbnb in Canada, McGill University Assistant Professor of Urban Planning, David Wachsmuth (pictured left), and his team found that Airbnb activity is currently concentrated in major cities. However, they also observed that short-term rental is growing and removing housing from long-term market faster in rural areas and small cities across the country.

The authors argue that cities and provinces will need to intervene on behalf of smaller communities which have fewer resources and less leverage to regulate short-term rental activities.

Here are the key findings of their forthcoming study to be published in the Canadian Journal of Urban Research:

Even though a number of cities are currently studying or have already implemented new regulations, the authors say it is too early to comment on the effectiveness of those regulations. In Québec, for example, short-term rental hosts must register with the province, but as of March 2017, fewer than 5% were certified and thus paying Québec’s provincial accommodations tax.

More information about the paper is available at http://upgo.lab.mcgill.ca/2019/06/20/short-term-rentals-in-canada-paper/

This research was funded by the Canada Research Chairs program.