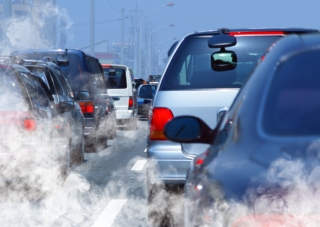 Greater exposure to combustion nanoparticles produced by fuel burning could increase people’s chances of getting brain cancer according to a new study in the journal Epidemiology. This is the first study to suggest a relationship with the incidence of brain tumours, although previous work has shown that nanoparticles can get into the brain and that they can carry carcinogenic chemicals.

“Brain cancers are rare but often fatal. When you multiply these small risks by lots of people, all of a sudden there can be lots of cases. In a large city, it could be a meaningful number,” says McGill University’s Scott Weichenthal, who is in the Department of Epidemiology, Biostatistics and Occupational Health. He analyzed the medical records and pollution exposure of 1.9 million adult Canadians across the country from 1991 to 2016 in collaboration with investigators at Health Canada and Statistics Canada.

According to the researcher, combustion-related air pollutants, particularly from vehicles, are present throughout our environment and large populations are exposed to them on a regular basis. As such, regulatory actions to reduce combustion-related nanoparticles could have an important public health impact in Canada and globally.