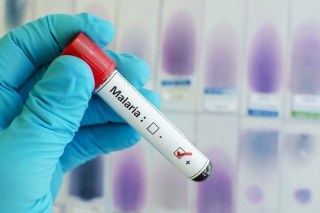 University of Toronto and McGill University scientists are leading an international partnership to discover new and improved drug treatments for tuberculosis, malaria and neglected tropical diseases  -- thanks to a contribution from Merck Canada Inc., as well as an additional $5 million supplement to a grant from the Bill & Melinda Gates Foundation. The new funding brings the total investment from the Bill & Melinda Gates Foundation to nearly US $12 million since 2012.

SGC, a University of Toronto affiliated group of researchers, currently leads an international coalition of scientists attempting to find new treatments for malaria, tuberculosis and other diseases that cause widespread disability and death in resource poor countries.  In 2012, an initial $5 million grant from the Bill & Melinda Gates Foundation helped the Toronto team to bring together experts from academia and the pharmaceutical industry to create the Structure-Guided Drug Discovery Coalition (SDDC), an international partnership founded and coordinated by the SGC. An additional $2 million was added to the grant in 2014 to include diseases caused by parasitic worms and cryptosporidiosis.  Cryptosporidiosis, caused by a microscopic protozoan, is the world’s third most common cause of diarrhea, which kills hundreds of thousands of young children each year. The 2015 $5 million supplement from the Gates Foundation extends the research support for SDDC in the areas of tuberculosis, malaria and cryptosporidiosis. The SDDC takes a unique approach to the search for new medications. Its researchers use cutting-edge tools such as crystallography to understand an enzyme’s atomic structure, and to design more potent drug-like molecules.

“Bringing together structural genomics and target-based medicinal chemistry with the strong parasitology expertise at McGill University is a powerful combination that puts us in a great position to contribute to the discovery of new medications for important global health issues”, said Chris Walpole, who leads the SDDC from McGill University.

Among its successes so far, the SDDC has discovered a  series of compounds that act on a novel tuberculosis protein target. A representative analogue has excellent activity in an in vivo model of tuberculosis.   The project is being carried forward with international collaborators and a compound could enter clinical trials within three years – an example of the speed at which drugs can be developed when broad coalitions of academic and industry partners work together. The coalition has also developed a series of antimalarial compounds that has reached the animal-testing stage as well as anti-cryptosporidium compounds that, in just five months, have shown efficacy and reached animal-testing.