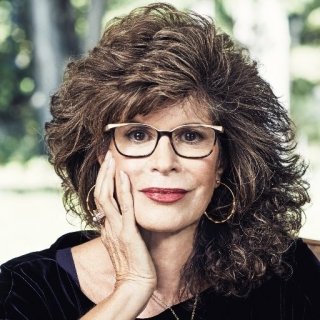 Part I of the 2020 Beaverbrook Public Lecture series is with author and professor, Shoshana Zuboff. Dr. Zuboff’s lecture, “The Future of Surveillance Capitalism” will build from her critically acclaimed book, The Age of Surveillance Capitalism: The Fight for a Human Future at the New Frontier of Power and will shine a critical light on the realities of the western world’s contemporary digital landscape.

Shoshana Zuboff is the author of three books, each of which signaled the start of a new epoch in technological society. In the late 1980s her decade-in-the-making In the Age of the Smart Machine: The Future of Work and Power became an instant classic that foresaw how computers would revolutionize the modern workplace. At the dawn of the twenty-first century her influential The Support Economy: Why Corporations Are Failing Individuals and the Next Episode of Capitalism (with James Maxmin), written before the invention of the iPod or Uber, predicted the rise of digitally-mediated products and services tailored to the individual. It warned of the individual and societal risks if companies failed to alter their approach to capitalism. Now her masterwork, The Age of Surveillance Capitalism: The Fight for a Human Future at the New Frontier of Power, synthesizes years of research and thinking in order to reveal a world in which technology users are neither customers, employees, nor products. Instead they are the raw material for new procedures of manufacturing and sales that define an entirely new economic order: a surveillance economy. She is the Charles Edward Wilson Professor Emerita at Harvard Business School and a former Faculty Associate at the Berkman Klein Center for Internet and Society at Harvard Law School.

This event will be moderated by Centre for Media, Technology and Democracy Director, Taylor Owen, who is the Beaverbrook Chair in Media, Ethics and Communications and an Associate Professor at the Max Bell School of Public Policy at McGill University.