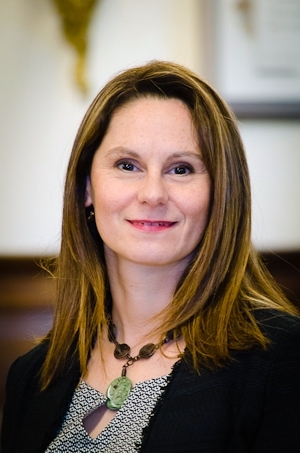 Presented annually by the University of Ottawa Faculty of Law (Civil Law Section), the Germain-Brière Prize is awarded to the best paper published in the Revue générale de droit. The prize is presented to junior and senior authors in alternation.

Professor Emerich joined the Faculty of Law in 2003 and has been a full professor since 2020. She is the holder of the Canada Research Chair in Transsystemic Property & Sustainable Communities. An associate member of the International Academy of Comparative Law, Professor Emerich was the director of the Paul-André Crépeau Centre for Private and Comparative Law from 2016 to 2018, after serving as acting director in 2013. Her monograph Conceptualising Property Law: Integrating Common Law and Civil Law Traditions won the Canadian Bar Association’s Walter Owen Book Prize in 2018 and the Fondation du Barreau du Québec’s Concours Juridique (treatise and monograph category) in 2019. It also received an honourable mention from the International Academy of Comparative Law.

“I am proud to see Professor Emerich’s leading scholarship recognized, and even more so given that the winning paper was co-authored with one of our brilliant BCL/JD candidates,” said Dean Robert Leckey. “Our colleague’s research is a shining example of how fertile the Faculty of Law’s distinctive transsystemic approach is in tackling contemporary topics of pressing importance.”

Environmental issues in the context of housing reveal a resurgence of the commons in contemporary property law. If the commons are sometimes identified with common things and are in this sense outside the field of the appropriable—which the Anglo-Saxon terminology of ‘commons’ emphasizes by avoiding the term property—they can also refer to property that can be appropriated in a common or collective way, whether this community operates under private or public law. Using selected examples, namely a study of ecological cohousing and green alleyways, this paper reveals a resurgence of the collective and the commons, both in private and public space, thus erasing the traditional opposition between the public and the private. More specifically, we are witnessing a renewal of collective usage rights through the commons as well as a transformation of ownership towards what could be called polyfunctional ownership that has a collective as well as an individual dimension. The fact that private property has largely been thought of through the prism of individualism cannot mask the social function of property and its more collective origins. Moreover, alongside access to ownership, the question of access to housing, through collective rights of use or holding, becomes fundamental. Read the paper [in French]