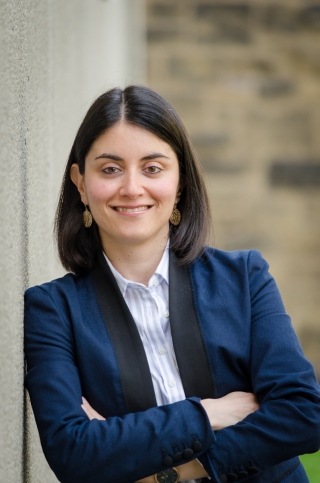 The Faculty of Law is pleased to announce that Professor Marie Manikis has received the 2022 Canadian Association of Law Teachers Scholarly Paper Award. Her paper “Recognising State Blame in Sentencing: A Communicative and Relational Framework” (Cambridge Law Journal, forthcoming) won the annual competition. Aimed at recognizing the work of scholars in the first seven years of their academic appointment, this prize is awarded to the author of a paper that contributes substantially to legal literature.

Open to all people who teach law in a Canadian university, the Canadian Association of Law Teachers began in 1947 with an informal meeting of law teachers called together by the late McGill Law professor and dean F.R. Scott. It was formalized as an organization in 1951 and has since met annually. CALT works to promote the interests of Canadian law teachers, contribute to the dissemination of their research, and promote exchanges among teachers of different faculties and regions.

“I am pleased to see Professor Manikis’ leading scholarship in the spotlight, and to find several members of our community among this year’s CALT honorees,” said Dean Robert Leckey. “Such recognition by our national association testifies to the vibrant intellectual and research life fostered by the McGill Faculty of Law.”