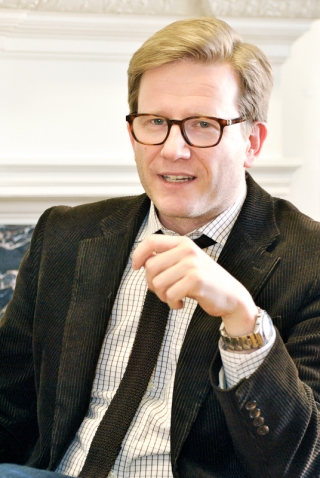 The Faculty of Law is delighted to announce that Professor Helge Dedek will be promoted to the rank of full professor, effective 1 January 2021.

Professor Dedek’s teaching and research interests are in the areas of comparative and transnational legal history, comparative law, private law, and legal theory. He holds a doctoral degree from the University of Bonn, an LLM from Harvard Law School, and two German State Examinations in Law.

As professeur associé, he regularly teaches seminars at the Université de Lausanne. He has been an invited fellow at the interdisciplinary Käte Hamburger Institute of Advanced Studies at the University of Bonn and at the Max-Planck-Institute for Comparative and International Private Law in Hamburg. He is an associate member of the International Academy of Comparative Law and a fellow of the European Law Institute.

He is pursuing a SSHRC-funded research project on the intellectual history of the concept of individual rights.

“I am thrilled to see this recognition of our colleague’s exceptional work in comparative and transnational law, legal history and legal theory,” said Dean Robert Leckey. “A deeply appreciated professor in the foundational first year of our integrated program, Professor Dedek brings a rich international perspective to McGill’s longstanding strength in the civil law.”