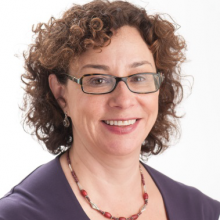 Dr Kahn is a clinical epidemiologist and internist based at the Jewish General Hospital in Montreal, where she is the founder and director of the Centre of Excellence in Thrombosis and Anticoagulation Care (CETAC). She is appointed as Professor with Tenure in the Department of Medicine, McGill University. She founded the McGill Thrombosis Fellowship, for which she was Program Director from 2007-2018. She is co-Director of the CIHR-funded CanVECTOR Network, a Canadian national venous thromboembolism research and training network.

Dr Kahn’s research interests focus primarily on clinical trials of interventions to prevent, diagnose, treat, and improve outcomes of venous thromboembolism. She holds a Tier 1 Canada Research Chair in Venous Thromboembolism. She has been awarded numerous peer-reviewed research grants from national and provincial funding agencies, including a 7-year CIHR Foundation grant in 2015, and has published more than 250 papers in the field of thromboembolism. In 2016, she was elected to Fellowship in the Canadian Academy of Health Sciences (CAHS), considered one of the highest honors for members of the Canadian health sciences community. Also in 2016, she was awarded the Canadian Society of Internal Medicine (CSIM) Dr David Sackett Senior Investigator Award, in recognition of excellence in research by a Canadian general internist. In 2017, she was named “Grands noms de la médecine au Québec” by the Fédération des médecins spécialistes du Québec. In 2018, she was named co-chair of the 2023 congress of the International Society on Thrombosis and Haemostasis (ISTH), to be held at the  Palais des congrès de Montréal.