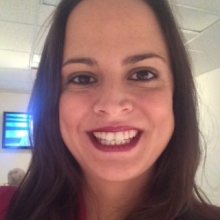 I am a fifth year PhD candidate in the department of Integrated Studies in Education at McGill. My research intersects sexual consent and rape culture, sexualities education, and media and digital literacies. My research investigates how participatory cultures on YouTube contribute to sexual consent discourses, and I explore how the analysis and production of youth-produced YouTube videos contribute to undergraduate students’ understandings of sexual consent and their agency to effect personal and social change.

I thoroughly enjoy working on the IMPACTS project. To date, my contribution to the project are described below. The names I add are the RAs with whom I collaborated closely.

-Developed the four campus climate surveys for students and faculty (with Ayesha Vemuri, and the assistance of Alastair Hibberd, Emil Briones, Emilie Marcotte; and with the feedback from various stakeholders)

-Coordinated the implementation of the surveys (with Ayesha Vemuri)

-Developed the content for focus groups with students (with Ayesha Vemuri, Emil Briones; and with the feedback from various stakeholders)

-Assisted with teaching the social justice curriculum in the Faculty of Dentistry, a project spearheaded by Emil Briones

-Supported research-assistants across the project as PhD mentor

On a personal note, I like to get involved in the community! I participate in various ways

-Member of the Implementation Committee at McGill

-Collaborator of the Ad Hoc Committee at McGill

-Sexual health educator: I offer course specific content related to teaching sexual health in Quebec in the Faculty of Education (available to teach in the Montreal community as well)

-Education Graduates’ Student Society: I was a Communications officer, Co-President, and DISE rep from 2013 to 2016.

Garcia, C. (2017). Young Women’s Perspectives of vlogging as a tool to teach and learn about sexual consent. CSSE, Congress. Toronto, ON.

Garcia, C. (2016). Rape culture, girls and vlogging: How are young female vloggers shifting the disourse around sexual consent? AskFirst: A Symposium on Creating a Culture of Consent. University of Calgary.