For the love of family… and farming

On Friday, June 3rd, Joe Harrel accepted his Farm Management and Technology (FMT) diploma during Spring 2022 Convocation ceremonies for the Faculty of Agricultural and Environmental Sciences. Unlike many members of the Class of 2022, however, Harrel will not be seeking employment upon graduation. Truth of the matter is, he is already gainfully employed.

“I own the Speedy Auto Service and the Novus Glass in Kirkland with my partner Andy Arbuckle, and I own and operate Optimum Business Brokers as well,” says Harrel, who was also selected valedictorian by his classmates.

The Keeler Family and Macdonald through Five Generations

Lachlan, FMT‘22, Ross, FMT’23 and Gavin McDonald, FMT’24, have a long family history with Macdonald. The brothers grew up on Kerrydale Farms established by their ancestor Donald McGillis, an immigrant from the Scottish Highlands, who arrived by canoe on the banks of the Raisin River in Williamstown, Ontario in 1784. Over the next two centuries, the McGillis family grew Kerrydale Farms into a successful operation that is now in the hands of brothers William “Bill” McDonald, FMT’97, and Thomas “Tom,” DipAgr’93 – father to Lachlan, Ross and Gavin. 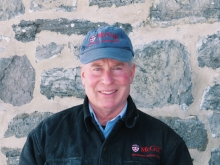 Paul Meldrum on growing food for the future

Paul Meldrum is no doubt a busy man. From establishing a dairy farm from the ground up to working as an agricultural journalist with CBC and CTV, he has been involved in both telling the stories and improving the mechanics of our food systems.

The rising cost of ready-made food

In 2020, Quebecers spent more than $1.78 billion on frozen and ready-to-eat meals in grocery stores, but how will the rising cost of inflation impact the price of these convenient ready-made meals? 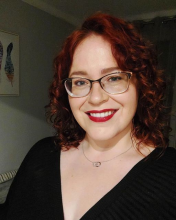 Congratulations to Farm Management and Technology’s Caitlin MacDougall who has been named Quebec 4-H Volunteer Leader of the Year. Caitlin is currently on educational leave pursuing a Global MBA Candidate at EDHEC Business School in France. 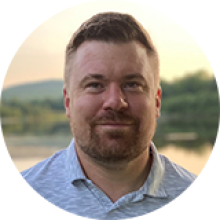 Congratulations to Maxime Leduc, BSc(AgEnvSc)’12, a self-employed consultant in forage systems and Farm Management and Technology Program Lecturer, who has been awarded the Prix Jeune Agronome from l’Ordre des Agronomes du Quebec for his exceptional contributions to Quebec agriculture. Earlier this year Maxime received the Macdonald Distinguished Young Alumni Award.

McGill alumnus Marc-André Isabelle (Dip.FMT, BEng. Bioresource) is a course lecturer in the Farm Management & Technology program. The Isabelle farm in Coteau-du-Lac, Quebec, has evolved and expanded throughout the years, from dairy to strawberries to produce, and most recently launching FestiFleurs, a popular pick-your-own bouquet event.

The changing face of the Farm Management and Technology Program

Women make up more than 50 per cent of the graduating cohort for first time in program history.

Convocation is a special time and an important milestone in the lives of graduating students. Today’s virtual Convocation ceremony for the Faculty of Agricultural and Environmental Sciences enjoyed a milestone of a more collective fashion, however.

For the very first time, the graduating cohort from the Farm Management and Technology Program (FMT) was made up of more than 50 per cent women.

The farmer and the philanthropist

In the first season of Les Fermiers, a hit French-Canadian TV show about vegetable farming in Hemmingford, Quebec, Dany Bouchard [FMT'08], a young trainee, tells his boss and the show’s star, Jean-Martin Fortier [BA’02, Major in Environment], that there won’t be enough turnips to bring to market that week. “We can’t fight the temperature,” Bouchard says. “We have to be patient.” 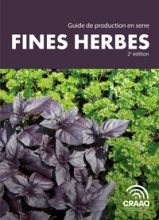 Training farmers for the 21st century

Keesha Ness’s family certainly knows farming – they’ve been doing it for nearly 100 years and plan to celebrate when they reach that milestone next summer.

Ness is passionate about farming, loves her cows, and plans to follow the family’s tradition.

“I’m definitely hoping to help out with the management side,” says Ness of her family’s Ayrshire dairy farm in Howick, Quebec.

“I really love the management side of it.”