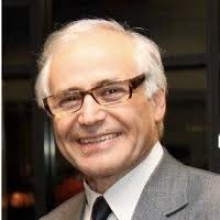 Investigation of the interface between organic and inorganic systems relevant to pathological mineralization in human tissue and bacterial induced mineralization.

The research in the Vali laboratory focuses on understanding the nature of the interactions between organic and inorganic molecules controlled by biological activities. These interactions result in the precipitation of solid phases referred to as biomineralization. The investigation of the ultrastructure and nature of the reaction at the molecular level occurring at the interface between inorganic and organic phases is essential to understand the processes that lead to the nucleation and growth of biominerals. Projects in the Vali lab include: (i) the study of intracellular magnetite crystal formation by magnetotactic bacteria as a powerful model for investigating the cellular and molecular mechanisms of biomineralization, a process common to all branches of life; (ii) investigation of biogenic magnetite nanocrystals and their interaction with polymers and proteins as well as incorporation of quantum dots in polymers and lipids and their interaction with mammalian cells for application to drug delivery systems;  (iii) calcification of mammalian cells with a focus on understanding the mechanisms of pathological calcification; (iv) characterizing the structure and texture of metallic substrates and the interactions of extracellular matrix proteins that are involved in cell adhesion on modified and non-modified substrates; (v) investigating the effects of fibronectin-modified surfaces of metallic stents on attachment, proliferation and migration of vascular smooth muscle cells as well as light and electron microscopic analyses to assess the degree of vascular remodeling; and (vi) investigating  the structure and composition of porous carbon- and silica-based to enable the designs and syntheses of new types of supported catalyst systems. Overall, the Vali laboratory adopts a true in disciplinary approach bridging between the inorganic and biological research.