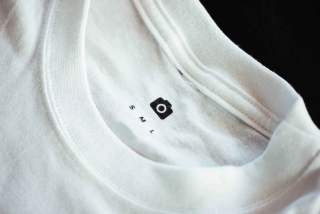 Two McGill chemistry professors, Theo van de Ven and Jean-Philip Lumb, have developed a new way to make textiles from cellulose, the basic building block of plants, in a breakthrough that has the potential to revitalize Canada’s forestry industry.

While making clothes from trees might sound like a groundbreaking idea for switching a huge consumer market onto a renewable resource, cellulose-based synthetics in fact date back to the very earliest manufactured fibre of all: rayon.

A safer process with a better result

Made from regenerated cellulose, rayon – once known as artificial silk for its cool, lightweight feel – has been in production since the late 19th century. The catch, however, is that the conventional process for making rayon relies on a highly toxic chemical: carbon disulfide (CS2). On a recent trip to the only factory in Europe still making rayon, van de Ven was confronted by just how hazardous CS2 is.

“When the operators of the plant were spinning rayon, they wore gas masks,” he says.

Van de Ven and Lumb have reinvented the rayon process, eliminating the use of carbon disulfide and producing a versatile fibre that can be chemically modified to produce fabrics of various colours and textures, some even with anti-microbial properties. Incorporating colour directly into the fibre not only ensures colourfastness, it also replaces dyeing as a step that is in itself chemically intensive and environmentally damaging. All this adds up to a process that is safer for workers, creates less pollution, and results in a higher-value end product.

From innovation to implementation

Having perfected the chemistry in the lab over a number of years, the next step for the researchers is to produce enough fibre to create a wearable prototype.

“We need something we can show to potential investors and say, ‘Here’s a t-shirt that was made from trees without using the conventional rayon process,’” Lumb says.

Backed by a Fessenden Professorship Award through the Faculty of Science, the pair have purchased a spinneret, a machine that will allow them to produce the estimated 15 kilograms of fibre they need to make a piece of clothing. Lumb is excited about the impending arrival of the spinneret because it will facilitate experiments in making chemical modifications to the fibre as it is being created.

“That would really be a step forward in textile production,” he says. “If you were able to do chemistry on the fibre while it’s going through the spinneret, that would be quite revolutionary.”

Along with improved worker safety and better environmental performance, the technology has economic promise, too – especially for a country with forestry resources as vast as Canada’s. With a fall in demand for paper products, many Canadian pulp mills have scaled down their operations in recent years. Resurrecting a process for making textiles from trees provides an opportunity to diversify the uses of pulp produced by those mills, and to make a product that could be more profitable than paper. By testing their process on conventional textile-producing machinery, Lumb and van de Ven have shown that the switch could be made by adding existing technology to the pulp production chain.

“We have proven that we can use industrial equipment at industrial speeds,” van de Ven says. “We don’t need to invent new machinery.”

Lumb says another key to success in introducing significant innovation to sectors as well established as the forestry and textile industries lies in providing skilled employees who can implement and continue to develop the new technology.

“The Fessenden award is also supporting the development of highly qualified people who can go into these sectors to accelerate fundamental changes that otherwise wouldn’t happen,” he says.

About the Fessenden Professorship

The Fessenden Professorship Award provides researchers in the Faculty of Science with financial resources and access to mentors to accelerate the validation and technology transfer of promising technologies, methods, materials and designs that are in the early- or mid-stages of development, and bring them closer to a commercial product and market.