Bicentennial Mini-Science: The future of the environment 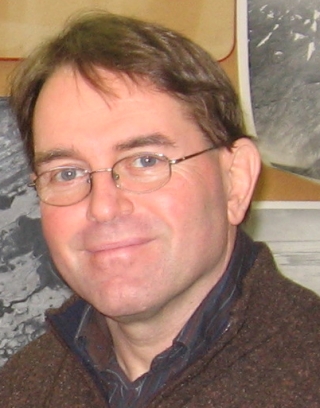 Early in the 20th century, it was apparent that human activity was determinately affecting the environment locally and over the entire globe. Substantial scientific evidence and environmental activism have resulted in the recognition and remediation of many of the problems we have created. Still, sustained population and economic growth and the scale of the accompanying environmental degradation outpace our ability to comprehend and solve problems. Our most pressing environmental issues transcend political boundaries, and we have entered an era of truly ‘wicked’ issues whose solutions challenge the human imagination.

Dr. Nigel T. Roulet obtained a joint Honours B.Sc. in Biology and Geography (1979) and a M.Sc. in Watershed Science (1981) from Trent University, Peterborough, Ontario, and his PhD in Physical Geography from McMaster University, Hamilton, Ontario. He started his academic career in the Department of Geography at York University, Toronto in 1985 and moved to McGill University in 1994 as an Associate Professor. He was the Director of the McGill School of Environment (2003 – 2008) and the Director of the Centre for Climate and Global Change Research (1996-2002) and the Director of the Global Environmental and Climate Change Research Centre (2011-2014) at McGill University. He became the Chair of the Department of Geography in 2014 and is continuing until 2024. He has served in various grant and scholarship review panels for Natural Sciences and Engineering Research Council of Canada (NSERC). Nigel’s research interests focus on the interactions among hydrology, climatology, and ecosystems processes in peatlands and forested catchments of the temperate, boreal, and arctic regions. He has published over 200 scientific papers, book chapters and monographs and was a contributing author to the 2nd through 4th scientific assessments of climate change by the United Nation’s Intergovernmental Panel on Climate Change that won the 2007 Nobel Peace Prize. He served as a member of the Ontario Far North Act Science Advisory Panel from 2010 to 2014. His teaching includes introductory physical geography and environmental systems, environmental hydrology, systems modelling for sustainability, and global biogeochemical cycles. He is currently an Associate Editor of Global Biogeochemical Cycles, and Ecosystems. In 2014, Nigel was elected to the Academy of Science of the Royal Society of Canada.

Watch the livestream Ask this speaker a question