Laws of the Lizard at Redpath Museum 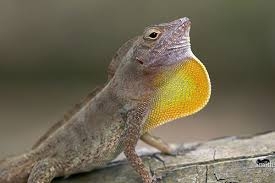 Laws of the Lizard is a documentary film featuring the Bahamas experiments by McGill’s own evolutionary ecologists: Tim Thurman and Rowan Barrett. This documentary was produced by Day's Edge Productions (http://www.daysedge.com/) for the Smithsonian Channel. It was the winner of the 2018 Jackson Hole Science Media Awards' top prize, the Grand Helix.

The screening will be followed by a reception. In English. In Auditorium.