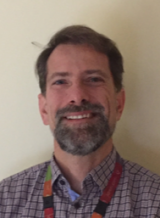 Dr. Richard Gosselin, Associate Professor, has been selected as the Division Director of Neonatology for the Montreal Children’s Hospital-MUHC. Dr. Gosselin has been Interim Director since March 1, 2021, and his mandate will begin for a 5-year initial term on July 1, 2021.

A medical graduate of Université Laval and its PGME program in General Pediatrics, Dr. Gosselin first came to the Montreal Children’s Hospital (MCH) and McGill for subspecialty training in neonatal-perinatal medicine. After an initial stint at CHUS and the Université de Sherbrooke, Dr. Gosselin was recruited to McGill and the MCH in 1999 where he has remained.

Dr. Gosselin is widely recognized as a clinician-educator. A former Program Director for Perinatal-Neonatal Medicine Residency Program (2004-2008) and General Pediatrics Residency Program (2008-2014), Dr. Gosselin’s excellence as an educator has been recognized by his membership on the highly selective Faculty Honor List for Educational Excellence (2013) and his receipt of a Certificate of Excellence from the Canadian Association for Medical Education (2008). Dr. Gosselin has been involved extensively in numerous committees and working groups of the Royal College at the level of both pediatrics and neonatal-perinatal medicine. He has made his mark in inter-professional education and care as the founding Medical Director of the highly innovative and successful McGill Neonatal Nurse Practitioner Program. He has also led his Division’s In-Situ neonatal simulation program, NeoSim.

Dr. Gosselin’s assuming the Directorship of the Division on an interim basis just as the pandemic tsunami hit our community and health care system provided a test of leadership skills that goes well beyond what a Selection Committee can expect in reaching a decision. He led his Division calmly, quietly and clearly; leading with logic, critical thinking and transparency, always keeping an eye on the core mission, values (i.e. culture) and well-being of his group. In an ever shifting dynamic, Dr. Gosselin stayed on top of things, aligning activities with expectations and necessary measures. If past is prologue to the future, then the Division of Neonatology and the Department of Pediatrics can rest assured that neonatology, a key transversal group in our operations, is in most capable hands.