Taking on the “big data” challenge

McGill professor among recipients of internationally-funded Digging into Data Challenge 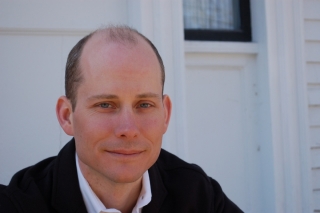 Prof. Andrew Piper of McGill’s Department of Languages, Literatures, and Cultures in the Faculty of Arts is a leader of one of 14 teams of researchers who will receive funding as part of the third round of the Digging into Data Challenge. The Digging into Data Challenge aims to address how "big data" is changing the research landscape for the humanities and social sciences. Now that there are massive databases of materials available for research in the humanities and the social sciences, what new, computationally-based research methods can be applied to search, analyze, and understand these materials?

The recipients of the grants were announced today by the initiative’s funders, a group of 10 international research funding agencies from Canada, the Netherlands, the United Kingdom and the United States. The 14 projects will receive a total of approximately $5.1 million US.

Prof. Piper is co-leading the project titled Global Currents: Cultures of Literary Networks, 1050-1900, along with Mohamed Cheriet of École de technologie supérieure, Elaine Treharne of Stanford University and Lambert Schomaker of the University of Groningen (Netherlands). The project undertakes the cross-cultural study of literary networks in a global context, ranging from post-classical Islamic philosophy to the European Enlightenment. It will receive funding from the Canada Foundation for Innovation, the National Endowment for the Humanities (US), the Natural Sciences and Engineering Research Council, the Netherlands Organization for Scientific Research, and the Social Sciences and Humanities Research Council.

“Integrating new image-processing techniques with social network analysis, we examine how different cultural epochs are characterized by unique networks of intellectual exchange,” explains Prof. Piper. “Research on ‘world literature’ has become a central area of inquiry today within the humanities, and yet so far data-driven approaches have largely been absent from the field.

“Our combined approach of visual language processing and network modeling allows us to study the non-western and pre-print textual heritages so far resistant to large-scale data analysis, as well as develop a new model of global comparative literature that preserves a sense of the world’s cultural differences. We are grateful for the support awarded to our project by the funders of the Digging into Data Challenge.”

“Prof. Piper and his international team of collaborators are taking a truly global approach to complex – and in some cases previously unexplored – questions that cross borders and eras,” says Dr. Rosie Goldstein, McGill’s Vice-Principal (Research and International Relations). “The Global Currents project, which applies visual and data-driven techniques to literary and cultural studies, demonstrates how interdisciplinarity improves our ability to answer important questions. We deeply appreciate the Digging into Data Challenge funders’ support for such ambitious, curiosity-driven research.”

The sponsoring funding bodies of the Digging into Data Challenge also include the Arts & Humanities Research Council (UK), the Economic & Social Research Council (UK), the Institute of Museum and Library Services (US), the National Science Foundation (US) and The Netherlands eScience Center (NLeSC) (Netherlands). Jisc (UK) will be providing professional program management in the progression of the U.K.-based projects.

Four teams from the US, Canada, and the Netherlands are undertaking the cross-cultural study of literary networks from 1050 – the beginnings of Islamic post-classical philosophy and the Anglo-Saxon high middle ages – to 1900, the onset of various global modernisms across China, the Middle East and Europe. Drawing on the diverse disciplinary backgrounds of 11 team members from the humanities and computer science, they will use four separate database collections, which comprise 1,194,000 page images and represent four major cultural domains: post-classical Islamic philosophy, Chinese women’s writing from the Ming-Qing Dynasties, the Anglo-Saxon Middle-Ages, and the European Enlightenment. The researchers will look at how these different transitional periods and places are characterized by networks of shared ideas. They will integrate new techniques of visual language processing with social network analysis to understand the diverse cultures of literary communication that existed during these periods.

For more information on the Digging into Data Challenge: www.diggingintodata.org