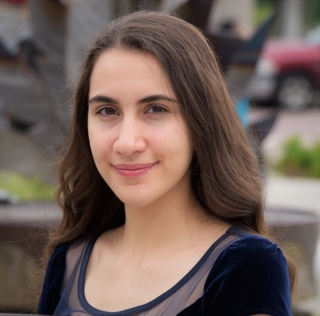 Created in 2011 by Canadian business leader and philanthropist Seymour Schulich, this annual scholarship program encourages promising high school graduates to embrace the STEM (Science, Technology, Engineering, Mathematics) in their future careers. This year, there were over 1,500 Schulich Leader Nominees from across Canada vying for 50 new scholarships valued up to $80,000 each.  Since inception, 220 students have received this celebrated scholarship.

Abtin Ameri, 18, is a recipient of the $80,000 Schulich Leader Scholarship. A graduate of Bloor Collegiate Institute in Toronto, Ameri will be entering McGill’s engineering program this fall. Ameri was selected for his outstanding academic record as well as his many accomplishments in the field of science. He was ranked fifth in a national Canadian Association of Physicists exam and went on to compete at the national level for the Canadian Physics Olympiad.  He was also the first student to give a lecture in the Popular Science Lecture series at St. Michael’s Hospital in Toronto. “Winning this prestigious scholarship means the world to me,” says Ameri. “It provides me with a jump start when it comes to taking advantage of new and exciting opportunities, and also allows me to fully focus on and pursue my education and extracurricular activities. I look forward to being part of the McGill community.”

Mana Moshkforoush, 18, is a recipient of the $60,000 Schulich Leader Scholarship. A graduate of Duchess Park Secondary School in Prince George, BC, Moshkforoush will be entering the Faculty of Science’s Biological, Biomedical & Life Sciences program at McGill this fall.  Moshkforoush was selected for her excellence in academic achievement as well as her diverse accomplishments including a fundraising initiative to support global health, and a month-long stint as a volunteer English teacher in a remote village in the Middle East.

“McGill had always been my top choice university but seemed almost out of reach because of the expenses of residence and travel from BC,” says Moshkforoush. “Needless to say, I was absolutely thrilled and humbled to realize that I would be attending with the aid of the Schulich Leader scholarship.”

“It is very important that we support exceptional students who demonstrate great leadership and embrace STEM fields,” said Schulich. “It is an investment not only in their future, but the future of our country. Their pursuits are sure to lead to key innovations in the years ahead.”

Click here to watch a video about the impact of the Schulich Leader Scholarships at McGill.

Schulich Leader Scholarships are prestigious entrance scholarships awarded to high school graduates enrolling in a Science, Technology, Engineering or Mathematics (STEM) undergraduate program at participating universities in Canada and Israel. Recognizing the increasing importance and impact that STEM disciplines will have on the prosperity of future generations, businessman and philanthropist Seymour Schulich established this $100 million scholarship fund in 2011 to encourage our best and brightest students to be the next pioneers of global scientific research and innovation. This program awards 100 scholarships annually, valued at more than $5.5 million. Schulich Leaders can devote their full time and attention to their studies, as all of their financial needs are covered over the course of their degree. As a result, many of our highest potential students are winning these scholarships and will make great contributions to society.

McGill University is one of Canada’s top institutions of higher learning and one of the leading universities in the world. With students coming to McGill from some 150 countries, its student body is the most internationally diverse of any research-intensive university in the country. Its 11 faculties and 11 professional schools offer more than 300 programs of study to some 40,000 graduate, undergraduate and continuing studies students. McGill ranks 1st in Canada among medical-doctoral universities (Maclean’s) and 24th in the world (QS World University Rankings).