A step toward optical transistors? 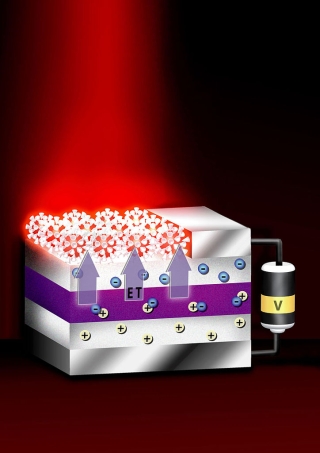 While the idea of developing an optical transistor to get around this problem is alluring to scientists and engineers, it has also remained an elusive vision, despite years of experiments with various approaches. Now, McGill University researchers have taken a significant, early step toward this goal by showing a new way to control light in the semiconductor nanocrystals known as “quantum dots.”

In results published online recently in the journal Nano Letters, PhD candidate Jonathan Saari, Prof. Patanjali (Pat) Kambhampati and colleagues in McGill’s Department of Chemistry show that all-optical modulation and basic Boolean logic functionality – key steps in the processing and generation of signals – can be achieved by using laser-pulse inputs to manipulate the quantum mechanical state of a semiconductor nanocrystal.

“Our findings show that these nanocrystals can form a completely new platform for optical logic,” says Saari. “We’re still at the nascent stages, but this could mark a significant step toward optical transistors.”

Quantum dots already are used in applications ranging from photovoltaics, to light-emitting diodes and lasers, to biological imaging. The Kambhampati group’s latest findings point toward an important new area of potential impact, based on the ability of these nanocrystals to modulate light in an optical gating scheme.

“These results demonstrate the proof of the concept,” Kambhampati says. “Now we are working to extend these results to integrated devices, and to generate more complex gates in hopes of making a true optical transistor.”

The findings build on a 2009 paper by Kambhampati’s research group in Physical Review Letters. That work revealed previously unobserved light-amplification properties unique to quantum dots, which are nanometer-sized spheroids with size-dependent optical properties, such as absorption and photoluminescence.

The research for the Nano Letters article was supported by the Canada Foundation for Innovation, the Natural Sciences and Engineering Research Council of Canada, and the Fonds de recherche du Québec - Nature et technologies.