Six new Canada Research Chairs have been awarded to McGill University researchers and six chairs have been renewed, bringing a total of more than $12 million to the university over the next five to seven years for research in fields from biodiversity science to broadband access communications. 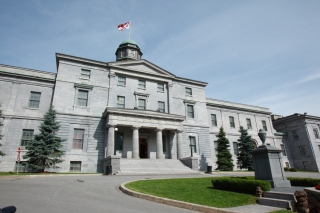 Across the country, the Canada Research Chairs program invests approximately $265 million per year to attract and retain some of the world's most accomplished and promising minds. Chairholders aim to achieve research excellence in engineering and the natural sciences, health sciences, humanities, and social sciences.

The Honourable Ed Holder, Minister of State (Science and Technology), announced on Oct. 16 a total of 137 new and renewed Canada Research Chairs at 34 postsecondary institutions across Canada. This represents a $118 million investment, with an additional $7.9 million in infrastructure support provided by the Canada Foundation for Innovation.

The McGill chairholders included in this latest funding announcement are:

Robert Vallerand, formerly of the Department of Educational and Counseling Psychology, was awarded a Tier 1 New CRC in Motivational Processes and Optimal Functioning in the Social Sciences. (Prof. Vallerand recently accepted a position at another university, but the chair will remain at McGill.)