The Redpath Museum was awarded the «Prix du Bénévolat» from 24 heures de science during the 2014 Science pour tous Colloquium held in Québec on October 14th. 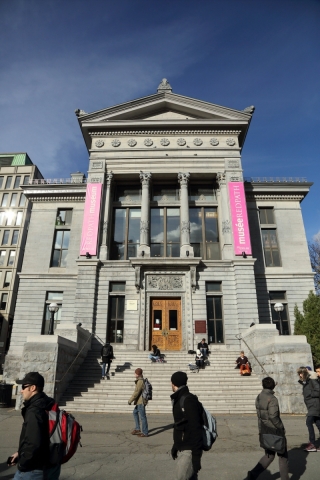 This award recognizes The Redpath Museum’s Science Outreach activities and presentations that were held during the 24 heures de science weekend this past year (May 9-11), with especial  honor being attributed to the event entitled “Mount Royal flora: The forest and human story” with Eric Richard (Directeur des services éducatifs, Les Amis de la montagne).

This event on May 9, 2014, held jointly with Les Amis de la montagne and the First Peoples’ House, was a walking conference on Mount Royal and presented the rich biodiversity of the flora and how humans have used it and continue to use it today.