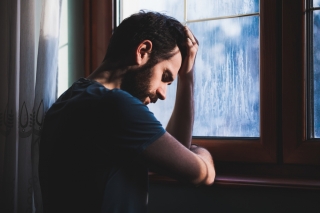 The study of a Québec family with an unusual gene provides novel insight into how our brain is built and, according to the McGill led team of scientists, offers a better understanding of psychiatric disorders such as depression, addictions and schizophrenia.

Very little is known about how the human brain wires itself. Mouse studies conducted by Cecilia Flores, Professor in McGill’s Department of Psychiatry, have previously shown that the gene, DCC, helps dopamine producing cells in the developing adolescent brain make specific connections.

Building upon this work, a new study published in the Journal of Neuroscience by Professor Flores and Marco Leyton, who is also a professor in the Department of Psychiatry, shows that DCC seems to have the same effects in humans.

To watch video about the research

By scanning the brain of 20 family members who share an altered copy of DCC, the researchers found less connectivity between the areas where dopamine neurons originate (the substantia nigra and ventral tegmental area) and their target sites, such as the striatum and frontal cortex. One of these target sites – the striatum – was also smaller.

“It’s very interesting because we were able to show that this DCC gene alteration induces similar changes to the brain in both mice and humans,” says Cecilia Flores.

Because the brain systems affected by the gene influence responses to rewards, it was not surprising to see that the family members with the DCC mutation also have lower impulsivity traits and are less likely to smoke cigarettes. Indeed, an increasing number of studies, including those by Professor Flores’ team, link DCC to psychiatric conditions.

“Because the gene affects the brain’s dopamine pathways, which are implicated in schizophrenia, addiction and depression, our study potentially helps us understand how these disorders arise. The version of the gene inherited by the Québec family is probably protective, but other versions of the gene seem to increase risk. Our study helps us to understand why. It also provides clear evidence that a single gene has large effects on how the human nervous system is wired,” says Professor Leyton, senior author of the study.

“Mesocorticolimbic Connectivity and Volumetric Alterations in DCC Mutation Carriers,” by Daniel Vosberg et al. is published in The Journal of Neuroscience.

This research was funded by the Canadian Institutes of Health Research and the U.S. National Institute on Drug Abuse.