Quebec government gearing up to face income inequality head on 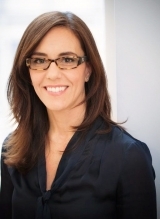 The arrival of the holiday season often signals joy and celebration but for many it is a painful demonstration of the growing inequality in North American society. While online sales have soared to levels never seen before, food banks are struggling to meet demand, and despite being in a so-called ‘full-employment’ situation, the proportion of food bank users who are employed is also on the rise. These opposing trends are only one illustration of the increasing concentration of wealth into fewer hands, which is not only influencing national economies and social cohesion, but also having a severe impact on population health. Although it already features among jurisdictions with the lowest levels of income inequality globally, the importance of this issue has led the government of Quebec, via the Fonds de recherche du Québec, to recently award a significant research grant to McGill Professor Amelie Quesnel-Vallee to study this question.

“Equity and social solidarity are important values in Québec society, and this governmental initiative is a strong signal in this regard,” says Professor Amélie Quesnel-Vallée, Department of Sociology and Department of Epidemiology, Biostatistics and Occupational Health. “For three ministries to collaborate and fund this research is a win-win, as it will make a novel scientific contribution and we already know there is decision-maker interest. It really doesn’t get any better than this as far as impact is concerned.”

The Quebec government is indeed taking this issue seriously, with the Ministry of Health and Social Services, the Ministry of Employment and Social Solidarity, and the Ministry of Finance all joining forces with the Fonds de recherche du Québec (Society and Culture) to provide nearly $200k for the execution of this study, which will provide its conclusions in two years.

Professor Quesnel-Vallée will head an interuniversity and multi-disciplinary team of eleven researchers to examine the topic from a variety of perspectives using complementary methodological approaches, including systematic reviews and process tracing. To ensure that these findings are applicable to the Québec context, the team will also validate their results with key stakeholders including decision makers and representatives of the public through a consultation process using the Rand Delphi method. This scientifically rigorous approach will provide a robust evidence base to support public decision-making regarding policies that can play a significant role in limiting social inequalities in our society.

Professor Quesnel- Vallée is uniquely positioned to undertake this study, as she is a Canada Research Chair in Policies and Health Inequalities and the Director of the McGill Observatory on Health and Social Services Reforms. She is also a Professor in the Department of Sociology and the Department of Epidemiology, Biostatistics and Occupational Health.

According to Statistics Canada, from 2016 to 2017, the number of persons in Quebec who were defined as being low income increased from 8.6% to 9.0%, which represents nearly 750,000 people. Over the same period of time, the number of low income people in Canada decreased from 10.6% to 9.5%.