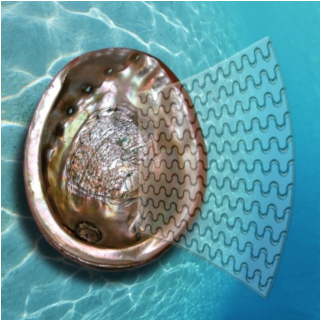 The Québec Science jury has spoken: three of the 10 Discoveries of the Year selected by the magazine were led by McGill-affiliated researchers. The prestigious annual list  honours projects by: Gustavo Turecki, The Douglas/McGill Faculty of Medicine, Psychiatry; McGill’s Department of Mechanical Engineering professor François Barthelat; and leading Alzheimer’s researcher Judes Poirier of McGill and The Douglas. (For more on the Quebec Science selection for 2014 – and to vote for your top choice – go here.)

Here’s a look at the three McGill-led breakthrough discoveries:

Depression is a common cause of disability, and while viable medications exist to treat it, finding the right medication for individual patients often amounts to trial and error for the physician. Gustavo Turecki, a psychiatrist at the Douglas and professor in the Faculty of Medicine, Department of Psychiatry at McGill, discovered together with his team, that the levels of a tiny molecule, miR-1202, may provide a marker for depression and help detect individuals who are likely to respond to antidepressant treatment.

Dr. Judes Poirier, of the Douglas Mental Health Institute and McGill, and his team have discovered that a relatively frequent genetic variant actually conveys significant protection against the common form of Alzheimer’s disease and can delay the onset of the disease by as much as four years. The discovery opens new avenues for treatment against this devastating disease.

Normally when you drop a drinking glass on the floor it shatters. But, in future, thanks to a technique developed in McGill’s Department of Mechanical Engineering, when the same thing happens the glass is likely to simply bend and become slightly deformed. That’s because Prof. François Barthelat and his team have successfully taken inspiration from the mechanics of natural structures like seashells in order to significantly increase the toughness of glass.