Bolstering planetary biosecurity in an era of space exploration 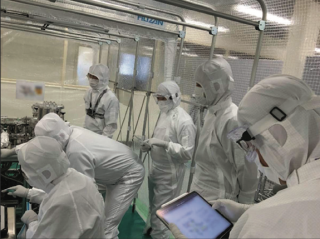 The search of life beyond our world is an exciting venture that may yield an enormous discovery in the not-too-distant future. However, space agencies around the world, including NASA and the European Space Agency, have long been aware of the potential risks of biological contamination and have set in place planetary protection policies. In the face of increasing space missions, including those intended to return samples to Earth, a new article led by a McGill University researcher, advocates enhancing planetary biosecurity through collaborations between astrobiologists and invasion biologists.

Space missions to Mars and other planets and moons carry risks of biological contamination – for both Earth and the planets targeted by space missions according to a recent article in BioScience. The paper, led by McGill University and written by researchers with expertise in biological invasions, astrobiology, and biosecurity, argues that planetary biosecurity should be informed by the knowledge gained by invasion science.

Space exploration - Risks of contamination for Earth and extraterrestrial ecosystems

“The likelihood of a live extraterrestrial organism hitching a ride, being successfully transported to Earth and establishing a foothold here is thought to be quite small,” says Anthony Ricciardi, the lead author, and a professor of Invasion Ecology & Aquatic Ecosystems at McGill University. “But current biosecurity approaches must be enhanced to address these hazards as space missions increase in frequency and scale.”

Space exploration also risks contaminating extraterrestrial ecosystems. In fact, a diverse array of microbial strains exhibiting extreme resistance to ionizing radiation, desiccation, and chemical disinfectants have been discovered in NASA 'clean rooms' used for spacecraft assembly. The article suggests that planets and moons potentially containing life should be treated as ‘insular systems’, like the oceanic islands and isolated areas on Earth (such as Hawaii, Australia or Antarctica) whose ecosystems have proven to be extremely sensitive to the effects of invasive alien species.

The researchers argue that although such events are highly improbable, planetary biosecurity should be informed by the knowledge gained by invasion science. They suggest that protocols for early detection, hazard assessment, rapid response, and containment procedures that are currently employed for invasive species on Earth could be adapted for dealing with potential extraterrestrial contaminants. They highlight the importance of early detection and rapid response, in particular, in preventing the spread of alien biological contaminants.

“Early detection could be aided by new DNA-sequencing technologies,” adds Ricciardi. “If coupled with diligently curated databases of the organisms found in the ‘clean rooms’ in which spacecraft are assembled, this would serve to help identify any invading species by eliminating those that might have been introduced accidently to other planets during previous space missions – a conceivable possibility for Mars, which has been visited by over two dozen spacecraft to date.”

The researchers conclude that that while the search for life beyond our world may yield enormous discoveries, current biosecurity approaches must be enhanced to address any potential hazards related to “alien” species, as space missions increase in frequency and scale.