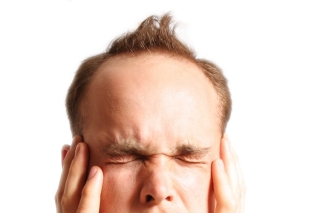 Researchers at McGill University have found for the first time that novelty seeking personality types enjoy a stronger “placebo response,” or pain relief caused by the administration of a sham treatment, than people with reserved personalities. The study hypothesizes that the anticipation of pain relief, in this case triggered by the administration of a placebo, is a special case of reward anticipation. Since dopamine is a key neurotransmitter in reward processing, personality traits linked to dopamine, such as novelty seeking, were studied.

Their study is published in the current issue of The Journal of Neuroscience.

Petra Schweinhardt, a researcher at the Alan Edwards Centre for Research on Pain, McGill Faculty of Dentistry, and Faculty of Medicine, (Neurology and Neurosurgery), and colleagues tested a group of 22 healthy males, injecting them with a pain-inducing saline solution into their left and right legs for twenty minutes. Prior to testing, participants were told that the research team was testing an experimental analgesic cream, which was really just skin lotion. The researchers then told participants that they would test one leg with the treatment and one leg with a non-medicated lotion.

The researchers asked the participants to rate their pain across both trials, and the difference amounted to the placebo response. Not everyone reported pain relief from the placebo, but those who did scored higher on tests that gauged novelty-seeking personalities.

The other component of the research looked at the ventral striatum, an important brain region for the processing of reward. An MRI was taken of all subjects and a three-way relationship was found between the placebo response, the personality traits and the amounts of gray matter in this particular brain region.

“Our study links clearly these personality traits with the placebo analgesic effect. It will potentially help us one day to exploit the placebo effect clinically – more than we are doing today,” says Schweinhardt. “The more knowledge we have about the placebo effect, the more it will be accepted – this is important, because we know that it is a true physiological phenomenon. My aim is to raise the acceptance of the placebo effect as a therapeutic tool”.