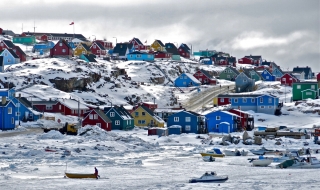 Outdated land management practices, a dearth of local decision-making bodies with real powers, a lack of long-term planning, along with long-standing educational and financial disempowerment and marginalization are among the hurdles the prevent Arctic communities from adapting to climate change, says a McGill-led research team. But Arctic communities inherently have the capacity to adapt to significant climate change. That’s partly because they are used to accepting a changeable and uncertain climate. What currently limits this ability, however, are a range of non-climatic factors that vary from one society to the next.

The researchers reached these surprising conclusions after reviewing a large number of scholarly works (135 articles) about climate change adaptation, resilience and vulnerability in Arctic societies around the globe.

But, despite the scale and speed of climate change in the north, the researchers believe that if policies and practices change in various ways, these communities are inherently well-equipped to adapt to many, if not all, projected changes in climate. “Arctic populations are often identified as being highly vulnerable people, but that’s not necessarily what the research shows,” says James Ford of McGill University’s Geography Department and the lead author of an article on the subject that was recently published in Nature Climate Change. “People in these communities already tend to see the Arctic environment as being unpredictable and in a constant state of flux. They have repeatedly adapted to environmental changes in the past by being flexible in their use of resources. But their ability to exploit opportunities, such as the lengthening shipping seasons, or new harvesting opportunities, is challenged by various outside pressures and constraints.”

The researchers discovered that depending on the region, the situations of northern communities varied significantly, based on the interaction between the speed of climate change and various non-climatic factors such as:

Co-management models and the importance of traditional knowledge “Not all forms of institutions necessarily inhibit adaptation,” says Ford. “Institutions can act as pathways for knowledge development. In northern Canada and Alaska, for instance, co-management practices integrate science, traditional knowledge and local needs into the management of wildlife stocks such as the beluga in the Beaufort Sea. There is some evidence that this kind of management can help speed up the exchange of information and reduce conflict about resource management, but this success has not been uniformly seen. In some cases the conflict between the role of science and traditional knowledge has been difficult to resolve, and there is a worry that discourse about adaptation may be used selectively by powerful stakeholders to advance particular pathways and political agendas.”

The researchers believe that the Arctic is not only a bell-wether of climate change to come at lower latitudes, but can provide us with an understanding of the challenges to come in adapting to climate change. They suggest that further studies are needed to increase the understanding of why some communities have been able to successfully adapt and others have not in order to gain a better sense of the barriers and limits to adaptation.