Vitamin D slows the progression of cells from premalignant to malignant states, keeping their proliferation in check 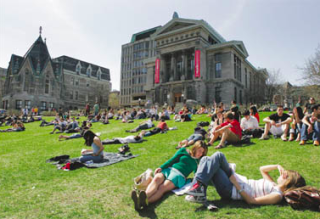 Although vitamin D can be obtained from limited dietary sources and directly from exposure to the sun during the spring and summer months, the combination of poor dietary intake and sun avoidance has created vitamin D deficiency or insufficiency in large proportions of many populations worldwide. It is known that vitamin D has a wide range of physiological effects and that correlations exist between insufficient amounts of vitamin D and an increased incidence of a number of cancers. These correlations are particularly strong for cancers of the digestive tract, including colon cancer, and certain forms of leukemia.

“For years, my lab has been dedicated to studying the molecular mechanisms of vitamin D in human cancer cells, particularly its role in stopping their proliferation,” said Prof. White. “We discovered that vitamin D controls both the rate of production and the degradation of cMYC. More importantly, we found that vitamin D strongly stimulates the production of a natural antagonist of cMYC called MXD1, essentially shutting down cMYC function”.

The team also applied vitamin D to the skin of mice and observed a drop in the level of cMYC and found evidence of a decrease in its function. Moreover, other mice, which lacked the specific receptor for vitamin D, were found to have strongly elevated levels of cMYC in a number of tissues including skin and the lining of the colon.

“Taken together, our results show that vitamin D puts the brakes on cMYC function, suggesting that it may slow the progression of cells from premalignant to malignant states and keep their proliferation in check. We hope that our research will encourage people to maintain adequate vitamin D supplementation and will stimulate the development of large, well-controlled cancer chemoprevention trials to test the effects of adequate supplementation,” said Dr. White.

This work was funded by the Canadian Institutes of Health Research and the National Cancer Institute/Canadian Cancer Society Research Institute.