A new role for sodium in the brain 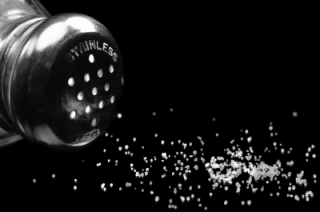 Prof. Derek Bowie and his laboratory in McGill’s Department of Pharmacology and Therapeutics, worked with University of Oxford researchers to make the discovery. By offering a different view of how the brain transmits information, their research highlights a new target for drug development. The findings are published in the journal Nature Structural & Molecular Biology.

Balancing kainate receptor activity is the key to maintaining normal brain function. For example, in epilepsy, kainate activity is thought to be excessive. Thus, drugs which would shut down this activity are expected to be beneficial.

“It has been assumed for decades that the “on/off” switch for all brain receptors lies where the neurotransmitter binds,” says Prof. Bowie, who also holds a Canada Research Chair in Receptor Pharmacology. “However, we found a completely separate site that binds individual atoms of sodium and controls when kainate receptors get turned on and off.”

The sodium switch is unique to kainate receptors, which means that drugs designed to stimulate this switch, should not act elsewhere in the brain. This would be a major step forward, since drugs often affect many locations, in addition to those they were intended to act on, producing negative side-effects as a result. These so called “off-target effects” for drugs represent one of the greatest challenges facing modern medicine.

“Now that we know how to stimulate kainate receptors, we should be able to design drugs to essentially switch them off,” says Dr. Bowie.

Dr. Philip Biggin’s lab at Oxford University used computer simulations to predict how the presence or absence of sodium would affect the kainate receptor.

The research was made possible in part thanks to a grant from The Brain@McGill, a partnership between Oxford University, Neuroscience Center Zurich (ZNZ) and McGill aimed at enhancing research collaborations in neuroscience.

More about the Brain@McGill:
The Brain@McGill brings a contemporary focus to decades of distinguished work in neuroscience. It consolidates the research and study opportunities from a dozen key institutes within the McGill University network and McGill’s partners around the world. In 2009, McGill was joined by the University of Oxford in a formal collaboration between the two institutions’ faculties of medicine. Since then, The Brain@McGill has also welcomed Imperial College London and the Neuroscience Center of Zurich as partners.