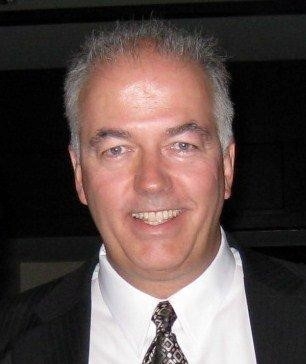 Marc Gélinas brings over twenty years of sports leadership experience to his new role . With both undergraduate and graduate degrees from McGill, Gélinas comes to McGill from the Institut national du sport (INS) du Québec.

In the eight years that he has acted as its CEO, the INS has grown to become the largest sports institute in Canada, offering specialized medical and scientific services to both athletes and coaches. Prior to that, Gélinas worked as the Director for Athlete and Community Relations for the Canadian Olympic Committee (COC) and supervised the redesign of the COC’s Olympic School Program in order to have a greater impact with Canadian youth.

“McGill is very, very happy to welcome Marc Gélinas as our new Executive Director of Athletics and Recreation. Marc has done amazing work as CEO of the Institut National du Sport du Québec, and is a highly regarded Quebec, Canadian and world leader in high performance sports,” says Ollivier Dyens, McGill’s Deputy Provost (Student Life and Learning). “Marc has also led important educational initiatives to create a better, more supportive academic environment for athletes. The committee was impressed by Marc’s leadership abilities, his understanding and support of our wellness strategy and his lifetime dedication to integrating an active lifestyle with intellectual development. We are lucky to be able to bring in such a wonderful, experienced, and knowledgeable man to lead Athletics and Recreation.”

Since 1983, when he graduated from McGill with a B.Ed. in physical education (six years later he also received an M.A. in Education from McGill), Gélinas has indeed been active in all aspects in the world of sports, from research and development, to sports broadcasting and writing, to hands-on coaching. He is looking forward to coming back to McGill and taking on this sports leadership position.

“I am both honoured and very excited to take on this role in a university with such an impressive international reputation,” says Gélinas. “The culture of excellence at the university is palpable at all levels – among the leaders, the staff and the students. I am looking forward to meeting all the Athletics and Recreation staff and to working alongside them to make significant contributions to McGill’s educational mission, its campus life and its pride.“

Gélinas will be joining McGill on June 1, replacing Philip Quintal who has served as Interim Director of Athletics and Recreation for the past year. Quintal, who has been a McGill employee for over three decades will return to his previous position as Assistant Director of Athletics.