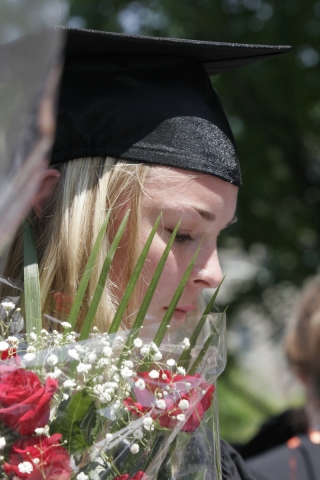 They will share the stage with 1,600 graduating students at the ceremonies to be held on October 31, 2012 at Place des Arts.

Since his graduation from McGill University in 1960, Michael A. Meighen has achieved equal distinction in the fields of law, politics and philanthropy. From his tenure as President of the Progressive Conservative Party of Canada to his participation as co-counsel for the Deschênes Commission on War Criminals in Canada, he has maintained a high profile in Canadian political and legal life. In 1990, Mr. Meighen was appointed to the Senate and has since chaired three committees and served on many others. Mr. Meighen has contributed generously to organizations supporting education, health, the arts, poverty, youth at risk, drug addiction and nature conservation and has served on the boards of numerous corporations and non-profit organizations. While maintaining a very distinguished law practice in Quebec and Ontario, Mr. Meighen is also the co-chair of Campaign McGill, and has worked diligently to encourage alumni and friends to support the University.

Daniel Lamarre is one of Canada’s most influential businessmen. As President and CEO of Cirque du Soleil, Lamarre is in charge of strategies both at the business development and operations levels. Lamarre also sits on the Canadian Olympic Foundation Board of Directors. From 1984 to 1997, he worked with National Public Relations, first as Executive Vice-President and Senior Partner, then as President. In 1981, as its President and CEO, he opened and directed the Montreal office of of Burson-Marsteller, the world's largest PR firm. Prior to his leadership duties in the world of communications, he worked as a journalist for over 10 years starting out with the Trois-Rivières daily Le Nouvelliste and then Radio-Canada.