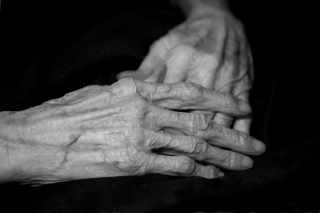 Faleh Tamimi, a professor in McGill’s School of Dentistry, is the leader of a research team that has just discovered that melatonin supplements make bones stronger in elderly rats and therefore, potentially, in elderly humans too. “Old rats are tedious to work with because they get sick a lot and that means they also cost a lot more. But if you’re interested in diseases like osteoporosis, they’re an essential part of the process.”

It is already well established that melatonin plays a role in regulating our body clocks and can potentially help us sleep better. So the researchers suspected that a melatonin supplement would help regulate the circadian rhythms of the elderly rats, thus reducing the activity of the osteoclasts and slowing down the process of bone breakdown. And that is exactly what they found.

Researchers at the University of Madrid, where the rats were housed, gave twenty 22-month-old male rats (the equivalent of 60 year-old humans) melatonin supplements diluted in water for 10 weeks (the equivalent of six years in human years). The femurs taken from the elderly rats which had received the melatonin supplements were then compared with those of a control group (which had not received the supplements) using a series of tests to measure bone density and strength.

For Tamimi and his colleagues the next big question is whether melatonin is preventing or actually reversing the process of bone breakdown.  “Until there is more research as well as clinical trials to determine how exactly the melatonin is working, we can’t recommend that people with osteoporosis go ahead and simply take melatonin supplements,” says Tamimi. “I am applying for funding to pursue the research and we hope to have answers soon.”