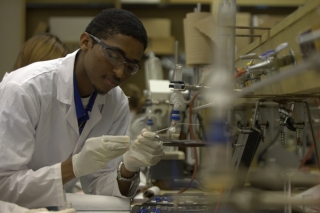 “The measures made public today by Minister Duchesne testify to the importance that the government of Quebec places on research and innovation,” said Dr. Rosie Goldstein, Vice-Principal (Research and International Relations) at McGill. “The additional amounts that will be granted to universities, particularly those destined to cover indirect costs of research, will provide significant support.”

McGill also applauds the government’s commitment to increase the budget of the Fonds de recherche du Québec, as well as the additional funding planned for the development and transfer of research results, for initiatives that promote synergy among researchers, organizations and businesses, and for business startups.

“Collaborations among the various players involved in economic and social development are essential to translate research results more rapidly into concrete applications,” Dr. Goldstein added. “We welcome the increased support for projects that favour such collaborations.”

McGill is also pleased to note that the seven strategic areas prioritized by the PNRI closely align with the university’s own research priorities.