Team to develop radiation-resistant readout for potential Canadian role in international LiteBIRD Mission, a space-based telescope that will examine the origins of the Big Bang 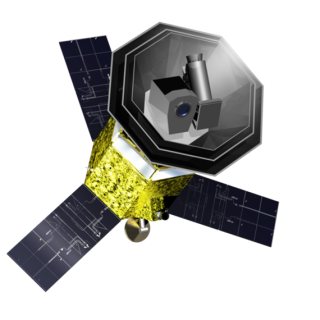 November 7, 2019 (MONTREAL, Quebec) - A team of researchers from the McGill Space Institute has secured a Phase 0 contract with the Canadian Space Agency (CSA) to advance a proposed Canadian contribution – including technology deliverables and scientific know-how -- for the LiteBIRD (Light satellite for the studies of B-mode polarization and Inflation from cosmic background Radiation Detection) mission.

Headed by Professor Matt Dobbs, the McGill team will take the novel technology they developed for detectors readout in ground-based telescopes, and refactorize them for space. The McGill system, called the digital frequency domain multiplexing readout, would provide fidelity and control of the ultra-sensitive superconducting detectors that make up the focal plane of the LiteBIRD telescope. The mission will allow astronomers to capture the signature of primordial gravity waves, which physicists believe to have been emitted a tiny fraction of a second after the Big Bang. This will enable researchers to look even further back into the origins of the universe.

“Taking part in the LiteBIRD mission would not only be a remarkable opportunity to look deeper into the origins of the universe,” said Dobbs, a professor in the Department of Physics. “It would validate the capacities of space research at McGill University and across the rest of Canada, as well as the central role our talent and expertise have to play in this competitive and demanding field.”

The McGill team will develop a space-qualified model of the detector readout over the course of the next 18 months. The experience gained in developing components that could be critical for the LiteBIRD mission will help position the Canadian space sector to play an important role in the mission. In 2017, this sector was responsible for $5.6 billion in revenues and employed nearly 10,000 people across Canada.

The LiteBIRD satellite is scheduled to launch in 2028 with a mission lifetime of three years. The primary partner in the mission is the Japanese Aerospace Exploration Agency (JAXA), which will carry out the launch, along with France’s Centre national d'études spatiales (CNES), the United States’ NASA, and the European Space Agency. In all, the project will unite the expertise of 180 experts from around the world.

Scientists and engineers at all stages of their careers are integrated in the potential Canadian LiteBIRD effort, including Joshua Montgomery, PhD candidate and McGill team member. “It’s remarkable to think we could be part of a space mission developed with technology I co-designed,” he said. “Canadian Space Agency support for this endeavor allows me to work with both academia and industry leaders, to potentially take our technology into space.”

Professor Dobbs is a leading authority in read-out technology for superconducting detectors. His team has previously developed electronics for earth-based telescopes at the South Pole and other locations, as well as a NASA stratospheric balloon telescope, with some support from the CSA. In addition, Professor Dobbs is a leading member of the McGill Space Institute, a group of 100+ researchers and students that advances the frontiers of space-related science by fostering world-class research, training, and community engagement. The Institute acts as a focal point for space-related research at McGill, supports the development of space-related technology and instrumentation, and fosters interdisciplinary collaborations among Institute members.

(artist’s rendition of the LiteBIRD satellite, image courtesy of JAXA)