McGill researchers to receive over $10 M for thirty projects and SSHRC doctoral, master and postdoc awards 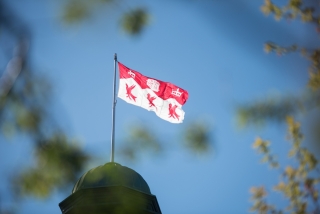 Social sciences and humanities research plays an important role in building a healthier, stronger and more prosperous Canada. To create a thriving economy powered by homegrown discoveries and innovations, and for Canada to be world-renowned as a research leader, we need to continue to invest in talented graduate students, scholars and researchers.

On January 30, the Honourable Kirsty Duncan, Minister of Science and Sport, announced that the Government of Canada is investing $141 million to support nearly 3,000 of Canada’s most talented scholars, including early-career researchers, across the country. These exceptional leaders will tackle a wide array of research topics that impact Canadians today like never before, including youth priorities in the North, climate change, energy, big data and many other pressing issues.

Also announced today were the 18 recipients of this year’s Canada Graduate Scholarships to Honour Nelson Mandela. In addition, to boost support for early-career researchers, overall postdoctoral funding has increased to $7 million over the next five years.