Facebook to invest over $7 million in Montreal’s AI community 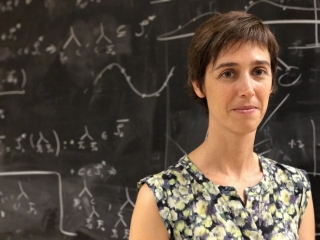 Facebook is opening a new Artificial Intelligence Research Lab in Montreal — FAIR Montreal. This is the company’s first research and development investment in Canada, and only its fourth AI research lab in all. Prof. Joelle Pineau, from the School of Computer Science and co-director of McGill’s Reasoning & Learning Lab, will head the new Montreal AI lab while maintaining her academic position at the university.

Pineau is one of a group of AI researchers at McGill whose work focuses on social applications, particularly in the areas of robotics related to health, transportation and language processing. For example, one of Pineau’s research projects has been to build and test smart wheelchairs designed to assist people with mobility impairments.

“Professor Pineau’s cutting-edge research is an integral component of Montreal’s strong AI research ecosystem,” says Suzanne Fortier, McGill’s Principal and Vice-Chancellor. “Her lab is developing algorithms designed to shape the behaviour of robots and machines so that they better respond to human needs.”

Facebook will invest over $7 million into the broader Montreal AI community in the coming years to fund researchers and students and to help foster and grow an AI ecosystem in Montreal and Canada. The company was attracted to Montreal because of the pool of AI talent present in the city, both at the student and faculty level.

“Montreal already has an existing fantastic academic AI community, an exciting ecosystem of startups, and promising government policies to encourage AI research,” says Yann LeCun, Chief AI Scientist at Facebook. “We are excited to become part of this larger community, and we look forward to engaging with the entire ecosystem and helping it continue to thrive.”

Pineau says that she is thrilled by the new partnership. “For many years, I have seen a steady stream of talented AI researchers with Masters and PhDs from our universities move to the US to find the best research jobs. They will now have an opportunity to do this right here in Montreal. The Montreal FAIR Lab will initially launch with ten researchers, with the aim of scaling up to more than 30 researchers in the coming year.”

To mark the importance of the announcement, Prime Minister Justin Trudeau and Federal Science Minister Kirsty Duncan, as well as Minister Dominique Anglade, Quebec’s Minister Economy, Science and Innovation and Montreal Mayor Denis Coderre all participated in the formal launch of the AI Lab in Montreal.