US$ 1.25-million grant from The Andrew W. Mellon Foundation will support new Indigenous Studies and Community Engagement Initiative, to be based in the Faculty of Arts 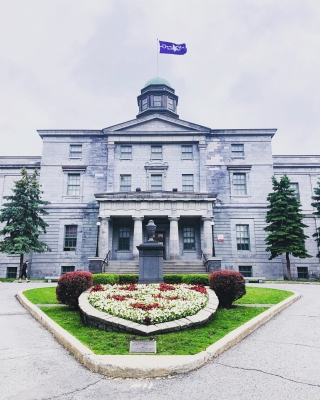 The Andrew W. Mellon Foundation has awarded a US$1.25-million grant to McGill University, in support of a new Indigenous Studies and Community Engagement Initiative. The Initiative will be implemented over the next five years.

“The Indigenous Studies and Community Engagement Initiativewill help establish McGill as an Eastern Canadian hub for Indigenous Education,” says Prof. Christopher Manfredi, Provost and Vice-Principal (Academic). “Thanks to the generosity and vision of the Mellon Foundation, this Initiative will generate new, cross-University synergies and community partnerships, and add strategic capacity in areas where we can have the greatest impact.”

“Canada’s universities play an important role in our collective relationships with Indigenous communities,” says Prof. Antonia Maioni, Dean of the Faculty of Arts. “Because of its interdisciplinary nature, and the breadth of its disciplines, the Faculty of Arts is particularly well positioned to help promote a future of reconciliation and partnership aimed at supporting the flourishing and success of Indigenous students, knowledge and communities.”

The Initiative’s curriculum will be taught by cross-appointed tenure-track academics—as well as scholars from other faculties, particularly Law, Medicine, Education, and Music—who seek to understand Indigenous societies from within, while recognizing and engaging with their constitutive philosophies, histories, epistemologies, identities, practices of political governance, cultures, and languages. The Initiative will prioritize in-community pedagogies and partnerships with educators, administrators, and knowledge keepers. The University plans to deliver approximately half the Initiative’s courses off-campus, in Indigenous communities.

In addition to deepening the University’s Indigenous Studies undergraduate program, the Mellon Foundation’s gift will help McGill to:

The Initiative is an important next step in realizing the ambitious goals outlined in the University’s Strategic Academic Plan and the Provost’s Task Force on Indigenous Studies and Indigenous Education. Recent developments in this area include:

“By building on existing strengths, the new Indigenous Studies and Community Engagement Initiative will create an interdisciplinary nexus for Indigenous scholarship and community-building,” says Provost Manfredi. “The Mellon Foundation’s support will help the University grow and strengthen productive, respectful and collaborative relations with Indigenous peoples, at both the individual and institutional levels.”