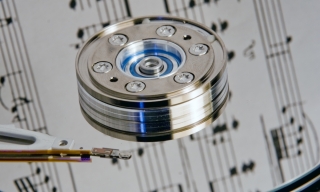 “These interdisciplinary research partnerships exemplify McGill’s community-engaged strategic vision,” said Dr. Rosie Goldstein, Vice-Principal (Research and International Relations). “With this funding from SSRHC, 112 researchers and 57 partners will work toward finding innovative solutions to some of the most pressing issues of our time.””

The SSHRC partnership grants program funds projects that foster mutual co-operation between stakeholders and that are built on sharing intellectual leadership among academic, community and business partners. Grants are awarded through a competitive process involving multidisciplinary review committees that include relevant expertise from the academic community, and public, private and not-for-profit sectors. Successful applications receive funding for periods of four to seven years.

For Ichiro Fujinaga, the thought of a thousand years of print and manuscript music collecting dust on the shelves of libraries and museums around the globe motivates him to think beyond the limitations of technology. What if digitized musical scores could be searched for a sequence of pitches, rhythms, and text?  Music scholarship would be forever transformed. The goal of the Single Interface for Music Score Searching and Analysis project (SIMSSA) is to build the tools to teach computers to recognize the musical symbols in images, and assemble the data on a single website, making it possible to search and analyze online musical scores for the first time. “Every step of this will be about learning and every correction to the optical recognition program will be about teaching the computer to do it better the next time” said Julie Cumming, Associate Dean, Research and Administration, at McGill’s Schulich School of Music and co-investigator on the project. Partner institutions including museums, great research libraries, and universities will provide both digital images and expertise, making it possible to search and analyze their collections in new ways. “Very few people have access to a music library” says Cumming. “This is going to give everyone access to scores, plus the tools to search them.”

Text Mining the Novel: Establishing the Foundations of a New Discipline
SSHRC contribution to the project:: $1,845,987 over seven years
Andrew Piper – Principal Investigator

Despite two centuries of scholarship on the novel, we still lack a comprehensive study of the novel's place within society since the eighteenth century. Enter a team of ten literary historians from leading digital humanities institutes across North America, with backgrounds in two national traditions and a diverse set of skills in text mining. Joining them in this mission are seven collaborators drawn from the disciplines of computer science, sociology, political science, geography, library and information science, and linguistics, who represent major text mining initiatives in their respective fields, along with representatives from some of the more significant digital content initiatives today, including the HathiTrust Research Center, which represents the largest collection of digitized literary material in the world; Compute Canada, the computational backbone for all data-driven research in Canada; and the commercial initiative Gale Cengage Learning, a world leader in digital publishing. The goals of the project are threefold: to enliven our understanding of one of the most culturally significant modern art forms according to new computational means; to establish the methodological foundations of a new disciplinary formation; and to train the next generation of students to be successful participants in the information economy.

Human beings have influenced the global ecosystem to such a degree as to disrupt the grand cycles of nature, leading many scientists to refer to the era since the Industrial Revolution as the Anthropocene – a period of human domination of Earth systems. The Economics for the Anthropocene project is grounded in the discipline of Ecological Economics and will tackle the urgent goal of improving how the social sciences and humanities connect to ecological realities of the Anthropocene. A diverse partnership of academic, government, and NGO partners will take on the challenge of investigating, teaching, and applying a new understanding of human-Earth relationships – with a specific focus on three regional, transboundary challenges: water security, energy resources, and climate justice. The E4A Partnership aims to create a vibrant international research network, train future leaders for the Anthropocene, engage on-the-ground actors to help solve transnational problems that define this new era, and reconcile disciplines such as economics, finance, law, governance and ethics with an understanding of how Earth systems function.