The neurochemistry of music 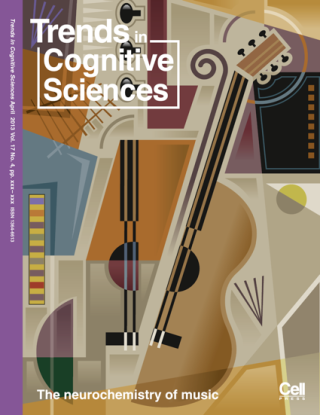 In the first large-scale review of 400 research papers in the neurochemistry of music, a team led by Prof. Daniel J. Levitin of McGill University’s Psychology Dept. has been able to show that playing and listening to music has clear benefits for both mental and physical health. In particular, music was found both to improve the body’s immune system function and to reduce levels of stress. Listening to music was also found to be more effective than prescription drugs in reducing anxiety prior to surgery.

“We’ve found compelling evidence that musical interventions can play a health care role in settings ranging from operating rooms to family clinics,” says Prof. Levitin. “But even more importantly, we were able to document the neurochemical mechanisms by which music has an effect in four domains: management of mood, stress, immunity and as an aid to social bonding.”

Indeed, the information gathered as part of this first large-scale review of the literature showed that music increased both immunoglobulin A, an antibody that plays a critical role in immunity of the mucous system, and natural killer cell counts (the cells that attack invading germs and bacteria). Levitin and his postgraduate research fellow, Dr. Mona Lisa Chanda, also found that listening to and playing music reduces levels of cortisol, the stress hormone, in the body.

The authors suggest a number of areas for future experiments in the field. These include uncovering the connection between oxytocin, the so-called “love drug”, group affiliation and music; administering the drug naltrexone (an opioid antagonist used during alcohol withdrawal) to uncover whether musical pleasure is promoted by the same chemical systems in the brain activated by other forms of pleasure such as food; and experiments in which patients are randomly assigned to musical intervention or a rigorously matched control condition in post-operative or chronic pain trials. Suitable controls might include films, TV, comedy recordings, or audio books.

Finally, the authors lay out a framework for future research with questions such as are the beneficial effects of music due to distraction, mood induction, feelings of social bonding/support, or other factors? What are the different effects, if any, of playing vs. listening to music? Are some people more likely to experience positive effects of music than others? If so, what individual differences (e.g. personality traits, genetic or biological factors) contribute to the effectiveness of music interventions? What is the role of oxytocin, “the love drug” in mediating musical experience? What stimuli can be used as a basis of comparison to match music along dimensions of arousal, attractiveness or lack thereof, engagement, and mood induction?The research was funded by the Natural Sciences and Engineering Research Council (NSERC) and the Social Sciences and Humanities Research Council (SSHRC).

To read the article/ an abstract of the article:  Trends in Cognitive Science: http://www.cell.com/trends/cognitive-sciences/