Invasive Species in the Great Lakes by 2063 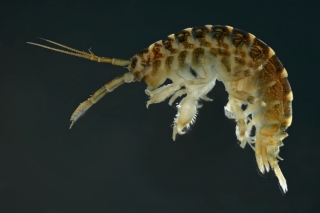 The Great Lakes have been invaded by more non-native species than any other freshwater ecosystem in the world. In spite of increasing efforts to stem the tide of invasion threats, the lakes remain vulnerable, according to scientists from McGill University and colleagues in Canada and the United States.

If no new regulations are enforced, they predict new waves of invasions and identify some species that could invade the Lakes over the next 50 years.

Over the past two centuries, more than 180 non-native species have been recorded in the Great Lakes and the rivers that flow into them. Nearly 20% of these species are considered to be harmful ecologically and economically, posing threats to the Lakes’ native biodiversity and multibillion dollar fishery. New threats are emerging because of risks associated with trade in live organisms and climate change, the researchers caution in a study in the Journal of Great Lakes Research.

In recent years, the pace of species invasions appears to have slowed dramatically, as measures have been taken to protect the lakes. This is why the three scenarios (optimistic, pessimistic and status quo) the researchers considered for the next 50 years hinge on the implementation and effectiveness of regulations aimed at blocking current means of entry for invasive species.

Indeed, for many years, shipping was the primary pathway for new species to enter the basin, until the rules were tightened. Ballast water is taken on board and later discharged by ships to maintain a consistent weight as they receive and offload cargo. In 2006 and 2008, new regulations were mandated that required ships to discharge freshwater and fill their tanks with saltwater before entering the St. Lawrence Seaway. This means that ballast tank water should contain only saltwater animals, which are incapable of surviving and multiplying in the Great Lakes. “No new species have been recorded since 2006,” says Katie Pagnucco, PhD student at McGill and lead author of the study. “We may have closed the door on ballast water-mediated invasions. That remains to be seen.  But other doors are still open.”

In the most pessimistic scenario, greater numbers of non-native species are introduced, as ballast water regulations prove to be ineffective in the long term, and live trade continues to expand. Live trade – the importation of live animals and plants for food markets or to be used as baitfish and aquarium pets – is largely unregulated. Consequently, in 50 years, the Great Lakes would be populated with many new invaders, most of which may come from inland waterways where Europe and Asia meet – the region around the Black Sea. This region is the source of some of the most disruptive invaders in the Great Lakes today, such as the zebra mussel, and still has many species at a high risk of invading the North American lakes and rivers, such as the killer shrimp or the monkey goby.

The status-quo scenario includes no additional protection policies. Ballast water regulations remain effective, and no new species arrive with overseas ships. The primary cause of invasions in this scenario becomes live trade. The main threat would be Asian carp species, which are well adapted to temperature conditions in much of the Great Lakes. They are voracious plankton-feeders, capable of diverting energy from the rest of the food web, and thus could impact the fishery.

In the most optimistic scenario, the risk of invasion is minimized by harmonized policies enforced by Canada and the United States. “Invasions are a transboundary issue,” says McGill professor Anthony Ricciardi, an invasive-species biologist who supervised the study. “In addition to harmonized regulations on live trade, the two countries must coordinate early detection and rapid response to new threats – before an invasion has progressed beyond control.”

The researchers caution that climate change will complicate each of the scenarios. “For example, the Great Lakes have already had all the invasive species from the Mississippi that could survive there, as a temperature barrier is protecting us from others” notes Pagnucco. But warmer waters will facilitate the migration and establishment of southern species, most notably via the canal from the Mississippi to the Great Lakes. Invasion risks are dynamic and management responses must evolve to cope with them, Ricciardi and Pagnucco caution.

The study will be published in a special issue of the Journal of Great Lakes Research that examines the history of the Great Lakes over the past few decades and forecasts their future.

“The future of species invasions in the Great Lakes-St. Lawrence River basin”.