Researchers have discovered a gene associated with a form of cholesterol that increases the risk of developing aortic stenosis, the most common form of heart valve disease, by more than half. This international study, involving the Research Institute of the McGill University Health Centre (RI-MUHC), is the first of its kind to uncover a genetic link with aortic valve disease – a condition that affects more than 5 million people in North America. 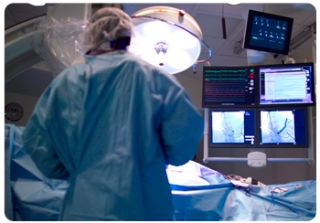 Aortic stenosis (AS) is the third most prevalent form of cardiovascular disease in the western world, after hypertension and coronary artery disease. It mainly affects people over the age of 60 years. AS is caused by calcification and hardening of the aortic valve which impedes blood flow from the heart to the rest of the body leading to chest pain, loss of consciousness and shortness of breath. In severe cases, patients need aortic valve replacement surgery. Currently, there are no medical treatments to prevent this disease or reduce the need for valve replacement.

According to the study’s lead investigators – from the RI-MUHC, Johns Hopkins University, Harvard University, Washington University, the University of Iceland and the US National Institutes of Health – the findings not only explain why heart valve calcification may run in families, but could also lead to the development of targeted medications that might slow the progression of valve disease and reduce the need for valve surgery in patients.

“Previous studies could not differentiate whether Lp(a) was a cause or simply a marker of valve disease,” says Dr. Thanassoulis. “But our results strongly suggest a causal link and add to the mounting evidence that Lp(a) may be an important drug target for cardiovascular diseases.”

“This is an important step forward in understanding the biology of the development of aortic stenosis and how this common genetic variant, which is found in thirteen per cent of the general population, contributes to that risk,” says Dr. Wendy Post, a cardiologist and associate professor of medicine and epidemiology at the Johns Hopkins University School of Medicine who is a senior author of the study. “Advancing age is a major risk factor for aortic stenosis and, with the aging population this will become an even bigger health concern.”

Frequently used statin medications, which reduce the common form of cholesterol that clogs arteries, do not reduce Lp(a) or prevent aortic valve calcification. “Therefore, it is very important that these results benefit our patients,” says Dr. Thanassoulis. “For this to happen we need to test whether lowering this type of cholesterol with other drugs slows valve calcification in a randomized clinical trial. Our hope is to eventually prevent valve disease with medication and reduce the need for surgery.”

This work was funded by grants through the Canadian Institutes of Health Research (CIHR) and the National Heart, Lung, and Blood Institute as well as other funding agencies. Dr. Thanassoulis received funding from the CIHR, the Fonds de recherche du Québec – Santé (FRQS), the Royal College of Physician and Surgeons of Canada, the Association des Cardiologues du Québec and the Montreal General Hospital Foundation of the MUHC.