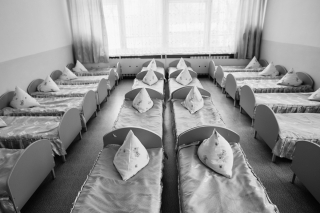 Preliminary findings from a survey of the grounds at the former Kamloops Indian Residential School have uncovered the remains of 215 children buried at the site in British Columbia. In a statement, the Tk'emlúps te Secwépemc First Nation explained they hired a specialist in ground-penetrating radar to carry out the work, and that their language and culture department oversaw the project to ensure it was done in a culturally appropriate and respectful way. (CBC News)

“There is a straight line between the discovery of 215 children’s bodies at the site of a former Indian residential school, and the treatment of Joyce Echaquan: both are signs of the persistence of systemic racism. Canadians and Quebecers need to confront our past with honesty before we can really make a better future where Indigenous peoples are treated fairly.”

Richard Budgell (Labrador Inuit) is an Assistant Professor in the Department of Family Medicine, where he recently spearheaded a course to help doctors and researchers understand Inuit perspectives on healthcare. He worked for the government of Canada for 30 years until June 2020, most recently as the Quebec regional executive director of First Nations and Inuit Health.

“The damage of residential school keeps on revealing just how cruel and inhumane the treatment of our children was and continues to be. Canada's child welfare continues to harm our little ones and our children are still being forced into a world and culture that is not ours. Since 1996, starting with the Report of the Royal Commission on Aboriginal Peoples, several commissions have uncovered the damage and destruction done to Indigenous peoples. Out these reports have come close to 800 calls to action for individuals and the state – how many have been completed? When will more actions occur to stop genocide and further destruction?”

Wanda Gabriel is an Assistant Professor in the School of Social Work and a member of the Kanieke’ha:ke nation. She has worked closely with the National, Regional Indigenous agencies and Indigenous communities across Canada dealing with crisis intervention and issues of sexual abuse, lateral violence, internalized oppression, drug and alcohol addiction, domestic violence and residential school issues.