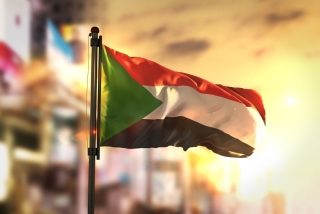 Sudan's coup leader, Gen Abdel Fattah al-Burhan, has said the military seized power to prevent "civil war". He added that the deposed Prime Minister Abdalla Hamdok was being kept at the general's house "for his own safety” but has now returned home. Protests are continuing for a second day in the capital, Khartoum, with roads, bridges and shops closed. Phone and internet lines are also disrupted. (BBC News)

“The most recent military coup in Sudan not only undermines the democratic and hard-fought aspirations of the Sudanese people, it also threatens to undermine the security of the entire region with significant consequences for the international community in terms of their strategic, economic interests and the global human rights and democracy agenda. The opposition to the coup is widespread throughout civil society across the country, with the majority of Sudanese continuing to protest and ask for a return to civilian and democratic rule.”

Khalid Mustafa Medani is an Associate Professor cross-appointed to the Department of Political Science and the Institute of Islamic Studies and the Chair of the African Studies Program. He has published widely on the on the roots of civil conflict and the political economy of Islamist activism in Sudan, informal finance in Somalia, the obstacles to state building in Iraq, and the role of informal networks in the rise of violent extremism.