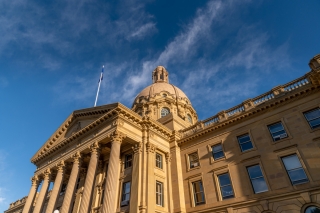 Premier Jason Kenney threw Alberta politics into a tailspin on May 18 when he narrowly won a United Conservative Party (UCP) leadership review vote only to announce he was quitting the top job. Kenney said anger from party and caucus members over decisions he made to limit personal liberties during the COVID-19 pandemic led to open criticism of his leadership and ultimately the underwhelming vote of support in the review. (Global News)

“The resignation of Jason Kenney and the outcome of the forthcoming UCP leadership race could have a strong political impact well beyond Alberta, especially as far as intergovernmental relations are concerned. Alberta is the fourth most populous province in Canada, but the Trudeau government only holds a couple of seats in the province, where the federal Liberals remain unpopular. Will the next UCP Premier mobilize their base against Ottawa ahead of the next Alberta elections? This is a prospect the Trudeau government is likely to be preparing for.”