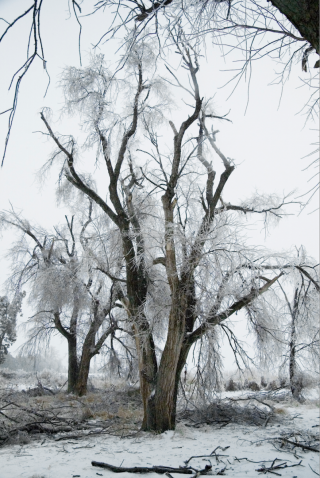 Scientists from the Douglas Mental Health University Institute and McGill University have detected a distinctive ‘signature’ in the DNA of children born in the aftermath of the massive Quebec ice storm. Five months after the event, researchers recruited women who had been pregnant during the disaster and assessed their degrees of hardship and distress in a study called Project Ice Storm.

Thirteen years later, the researchers found that DNA within the T cells - a type of immune system cell - of 36 children showed distinctive patterns in DNA methylation.

The researchers concluded for the first time that maternal hardship, predicted the degree of methylation of DNA in the T cells. The “epigenetic” signature plays a role in the way the genes express themselves. This study is also the first to show that it is the objective stress exposure (such as days without electricity) and not the degree of emotional distress in pregnant women that causes long lasting changes in the epigenome of their babies.

The health impacts on these children is less clear, but changes in the family of genes related to immunity and sugar metabolism detected in these babies, now teenagers, may put them at a greater risk to develop asthma, diabetes or obesity.

Results of this study have been published in the international online publication PLOS ONE.

In June 2014, Project Ice Storm results reported in the journals BioMed Research International and Psychiatry Research showed links between prenatal maternal stress (PNMS) and the development of symptoms of asthma and autism, respectively, in the children.

When the ice storms of January 1998 plunged more than 3 million Quebecers into darkness for as long as 45 days, the team seized the opportunity to study the effects of stress on pregnant women, their pregnancies, and their unborn children. The team has been following a group of about 150 families, in which the mother was pregnant during the ice storm or became pregnant shortly thereafter, in order to observe the immediate effects of different levels and types of stress on the unborn children. It continues to follow these children, who are now teenagers.